Old enough to have known the golden age of Amstrad and Amiga ;)
Still own a few Tilt and Joystick magazine (yeah, I am french).
Professional software architect, hobbyist gamedev.

stat(31) fails to report any key mapped to an accentuated character (ex: on AZERTY keyboard, 2 is mapped to key "é").
It prevents support for diverse keyboard layouts.

Suggest to have a raw keyboard stat value to report key number.

It is not possible to present actual keys being used by pico in game.
Pico8 keyconfig can be used to remap keys.

Can be reproduced on POOM on the loading screen (https://freds72.itch.io/poom) 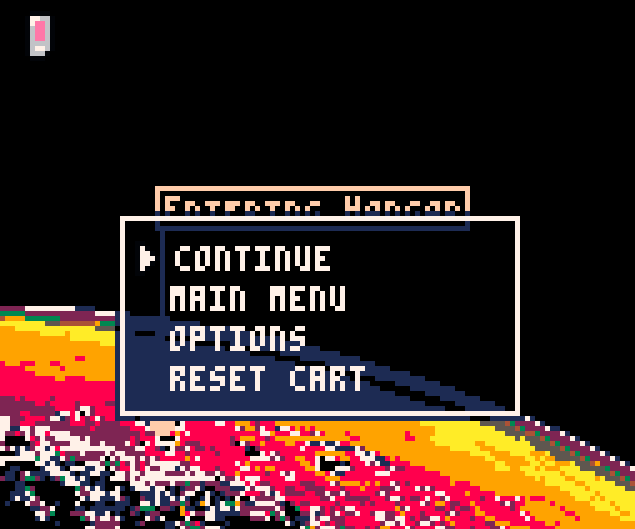 Using -export command to automate multi cart package building and blocked by a number of bugs:

Thick line drawing routine (as a reply to @JadeLombax Twitter).

introduced in 0.2.0d
how to reproduce: 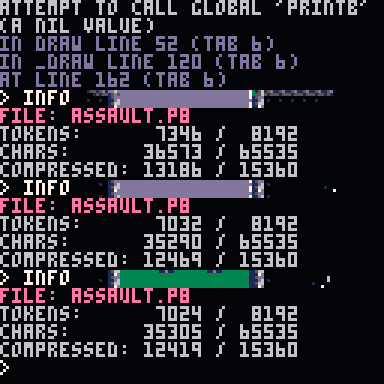 Multicart is really a nice expansion feature, to offer content beyond the 32K boundary.
However, with reload not supporting BBS-hosted carts, large games are banned from BBS.

Is that something considered in the pico roadmap to bring back multicart games to the "official" forums?

Note that supporting more than a couple of data carts will require rework of the BBS file management.

As per documentation, reload does not support BBS carts.
However, the function fails without any error while trying:

Could the function reports an error in such case?

Not reproduced on Edge (and apparently on Firefox - cannot test)

Mark as Spam
freds72_snow
by freds72

Winter is coming (as every year actually...), time for some skiing!
Enjoy going down the slope, trying to beat your previous track record or freeriding skills!

Grab coins for some extra time bonus - watch out for off track hazards!
Your polar jacket can sustain a couple of direct hits, avoid trees anyway...

Note: there is no end racing line - you will loose :] question is how much time will you last?

About the PICO-8 Advent Calendar

This winter another group of PICO-8 elves has worked hard to release a shiny new toy every day in December. Check out the Pico-8 Advent Calendar 2019 each day for a new surprise!

Before I joined the ranks of the Advent Calendar 2019, @johanp, @p01 and others were toying with terrain generation - resulting in this:

With the theme being set to winter, I had this prototype ready to test the idea:

The gameplay evolved from some endless runner to something more akin a time attack game.
Thanks to feedback from early testers, and several gameplay changes, I think I have something that is fun to play and challenging enough!

Mark as Spam
ellipsefill
by freds72

A little experiment with filled ellipse, supporting any rotation angle (the tricky part!).
The code is moderately fast as it finds the root of the ellipse equation to get the segment extent for each row.

@zep
A couple of devs are investing into multicart games (like 5 or more data carts).
We are all put back by the artificial loading times (eg minutes)

Would it be possible for the fat client to either ignore load time throttling, or only activat throttling for the published version?
I want the multicart multiverse, not loading screens ;)

Using the cough undocumented cough stat(102) from a game hosted on itch.io, I got back:

This is indeed the url of the iframe (which doesn't help).
A more correct behavior would be to report the parent page url, with the benefits of:

Note: Looking at the HTML, I see that url is retrieved from:

Using that alternate code would fix the bug:

The game is a race-against-yourself rally game. It features accurate rigid body physics and car handling.
Goal is to beat yourself every lap!

Enjoy racing as in the 80's, whith over powered cars very close to the public!
tip hitting any of the lil' dudes: incurs a +5s time penalty :]

warning the game is complete yet the car handling is really picky - I am releasing it as is, as I can't tweak the gameplay without breaking the physic engine :/

Physic engine was started from scratch following Barraf's 'classic' paper.
I quickly dropped this version as it relied too much on numeric convergence !

The current version uses part of Randy Gaul C++ physic library and underlying principles.
The key aspect to get stable collision is to resolve impacts only for the incident face, e.g. the plane most facing the ground:

This is obviously an heavily simplified version, limited to dynamic-to-static resolution.
Randy's engine architecture relies on very few magic constants and is extremely stable (well, as long as pico numbers don't get in the way!!).

The physic engine is designed as an extension a generic 3d actor class and can easily be taken out for other games.

The car is modeled using a front and rear tire. Each tire has lateral and longitudinal forces, as detailed in this article: The Racing Line - Combined Tyre Forces.
Other good readings:
Car Physics for Games
Box2d Top Down Racing Game

The gif above shows forces applied to the car and their application point:

Slip angle and slip ratio curves are defined using SFX 4 and 5 - tweak them to see effect in game! 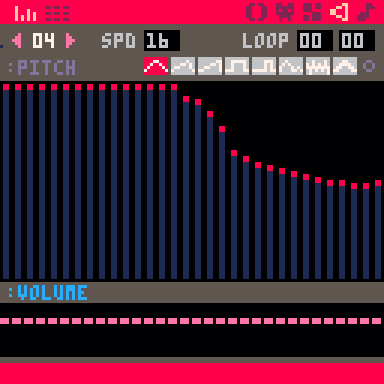 The car is textured mapped, using a custom version of @p01 trifill.
The Blender model directly references an export of the cart spritesheet.

The game uses my usual Blender/Python export toolchain.
A custom terrain editor is available as a pico-8 cart (contact me if needed)