You are a star that jumps (video gaming).

Big thanks to friends and twitter pals for the testing, support and feedback <3

That was really cool! A nice progression of game mechanics that really mesh well together, combined with an art style that rules. I was really surprised by how much more natural the EDSF controls were for me, but I guess that's to be expected considering the large amount of time I've spent using WASD controls.

Love the graphics. Fun game. Even the dither for spatial is a nice touch.

What a lovely little game. The aesthetics and level design are really well made. Nice work!

I really enjoyed this, the platforming was wonderfully tight and the ramp up in challenge was perfect. The music was a lovely accompaniment too! Up with this sort of thing.

Idunno how, but the game saves, so thats cool

Loved it! Didn't expect it to be so good.

The sound track mixed with the gameplayu is sooo good

got back to the begining :)

question. Can you go back to the begining with the colour switched

i'm a sucker for anything with vector graphics. great gameplay too!

I loved it! The room with the waves of disappearing platforms was the hardest part for me. And I loved all the cool mechanics you included! Thank you so much for sharing. This helped me get through a boring meeting haha.

The aesthetics, sound effects, and soundtrack are lovely, and some of the mechanics were pretty interesting too. I thought the interactions of the breakable platforms with the red balloons was a neat wrinkle, as were the togglable floor/walls.

I did have a few issues tho:

What a weird game. Love it! 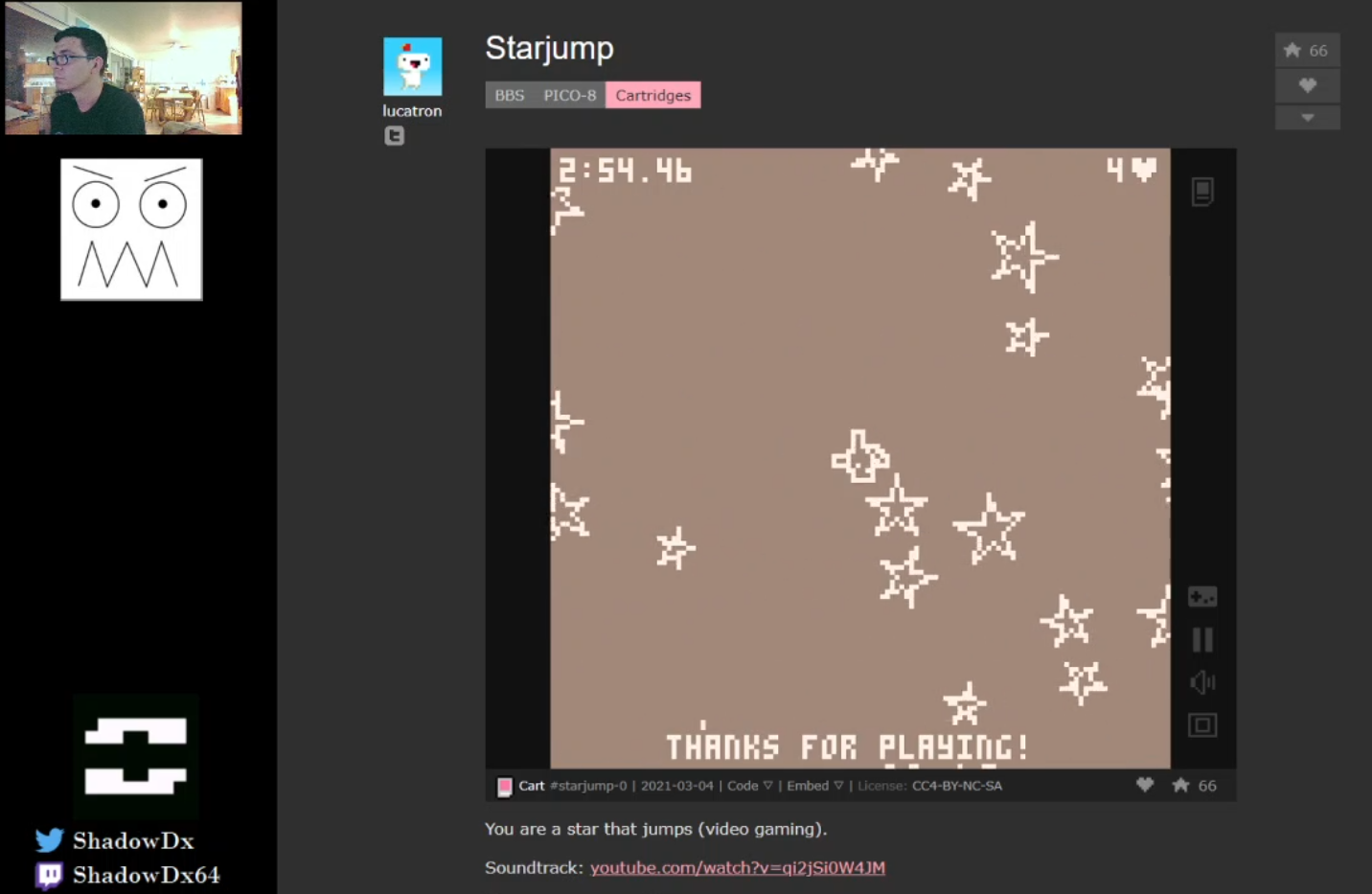 This is great, such a cool look and plays well. Customizable wobble is fun. Soundtrack is very nice, I wish it were on eg. Bandcamp! (And thanks for introducing me to SunVox.)

@touk Thank you! Hope you enjoy SunVox too!

I just put the soundtrack on Bandcamp :) https://lucatron.bandcamp.com/releases

Awesome, I've bookmarked that for the next Bandcamp Friday.

Simple, efficient, and the mechanics getting all together are really cool. I only noticed at the end that there is a double and even a triple jump! I did all the game with a simple jump lol

Simple but so satisfiying ! Mechanics are surprising and pretty good.

Love this game. Didn't know what to expect going in, I really like the difficulty curve in this, lots of precision platformers just go far too hard too soon. The art style is really cool, I appreciated being able to adjust the wobble effect, the default wobble was a bit too much for me. The soundtrack was great too, I haven't played any other Pico-8 games that had 'external' soundtracks, but it really fit well for the game. Great stuff. :)

Breaking news!: Local star(fish?) is jumping around like a rabbit, the reason? We do not know.

Hi, just wanted to say that I really love this game and I look forward to your future work :)