Copy and paste the snippet below into your HTML.
Note: This cartridge's settings do not allow embedded playback. A [Play at lexaloffle] link will be included instead.
Killer Bees 1.0.0
by the60ftatomicman

A port of the Magnavox Odyssey 2 classic: Killer Bees!
Adding in the latest version with new graphics.

You play as a swarm of bees (yellow) stinging beebots (blue circular guys) and avoiding other bees (white,pink or red)

Enemy bees will become more agitated the longer they are alive. Once they are red things become tough.

controls
-- arrows move your swarm.
-- Z submits a "Zap" from the two pink boxes. Any bad bees caught in your zapper will be killed.
-- you only get a zap once you kill a beebot. Max zaps of 1

Rounds:
-- round ends when you destroy all bee bots (blue guys)
-- game ends if the enemy bees attack you too much
-- first round you do not have a zapper... so good luck

This is just a rehash of the original logic. DX version to follow with better features 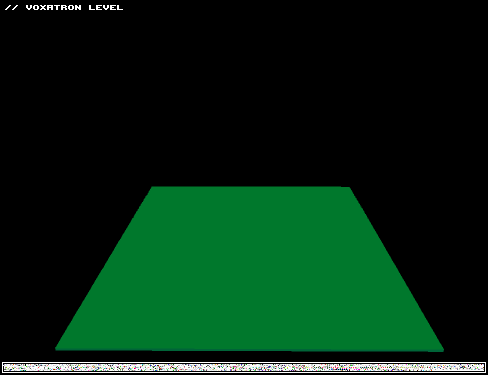 Small experiment made a small voxa-bomberman weapon with it! IT'd be nice to do more work with this later.

Just wondering, after 2.10 comes out, will player objects still be created with the _char method?

If not, will there be a conversion process to move former player objects into the new format?

Alright, let's get some ideas rolling!

Whipped this submission up in 15 minutes or so.

This is a short demo level involving some ninja-like (robot like? robits?) guys I built.

The focus of this level was to play and learn the new modifier system.

What's there:
Blue ninja - runs real fast. Basic guy who follows the player. As they take damage they eventually reach different crawl paces. This was a feature for each ninja. At 2 lives it's crawl speed 1 with crawl animation 1. At crawl speed 2 the movement speed is lowered and the animation is changed once again.

Green ninja - red, but with spread. The spread decreases with the crawling speeds.

The levels were quickly designed, more or less I was just hoping for feedback on the enemy mechanics! 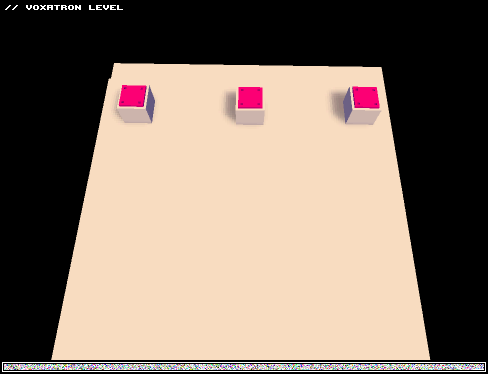 Just a small demo of bad apple (the hero) and some worm villains (they eat all of the delicious apples!)

Theres only a few waves (it's on a timer of less than 2 minutes).

So I have been playing around with the editor now that 0.2.4 is out and I noticed that when a new main character is created we can keep (required to keep?) 16 props in the 6 directory.

Wasn't this 11 before? If so, what the extra frame/props for?

Mark as Abuse
Team Rad - models for multiplayer
by the60ftatomicman

Concept models (stand still position only) for the multiplayer release.

The idea I had was a diverse team ready to fight for wave after wave of bad guys once the multiplayer release comes out.