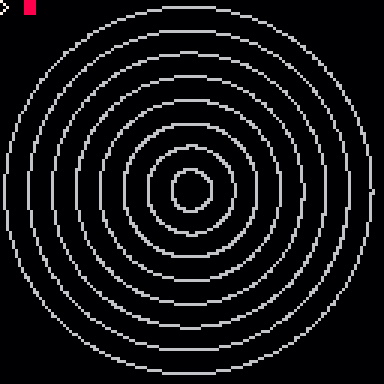 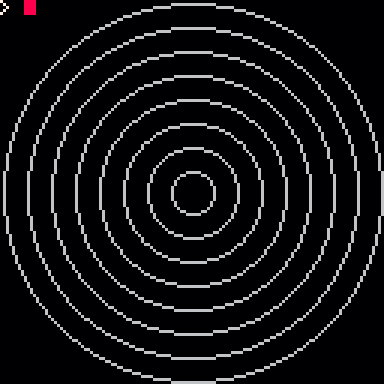 If you're using the function spr_r defined at the top in jihem's code, I found a fix for a bug where the wrong spritesheet pixels would be taken (unless your sprite id is 0, pixels from a sprite too far will be taken. Sometimes this will go beyond the spritesheet, resulting in black pixels.

since there are 16 sprites per row in the spritesheet.

I continued working on the function and added flipping and custom pivot. I also refactored the code a bit to work directly with delta coords dx and dy and reduce extra operations.
I also now pass the sprite location (i, j) directly but if your prefer working with sprite id n, just compute yourself i = n % 16 and j = flr(n / 16).

Note that I'm not flooring x and y but if like me you observe jittering when applying rotation to your moving character while following it with the camera, this is due to pixel fractions bumping rotated pixels to the neighbor pixels. I suggest you floor x and y before passing them to spr_r in that case.

My code is a bit more expanded and has comments, I don't mind because I minify it, but if you don't, feel free to make it compact again as in the original version.

Check the source if you need more comments, but note the actual file I'm using relies on some constant tile_size = 8 defined elsewhere.

Source (v1.0): sprite.lua
Latest (may contain patches, but link may not work if I move or rename the file): sprite.lua

@huulong Thank you so much for providing such a powerful and well-commented function! This is exactly what I needed!

A few things that confused me at first:

Once I figured those things out, this worked like a charm. Thank you so much for sharing it!