If you'd like to support my work, feel free to make a small contribution to my ko-fi page.
Made a little chill climbing platformer. Let me know what you think!
x- Jump
o- use stamina coin
When your stamina bar runs out, you can't jump or cling to walls. You can replenish stamina by landing on the ground, or spending a green coin. Gold coins will increase your max stamina.


Patch notes:
1.1:
-Onscreen timer during gameplay
-Win messages for not using green coins
-Minor changes to climbing intended to address no clip bugs and weird interactions when dismounting the bottom of a wall 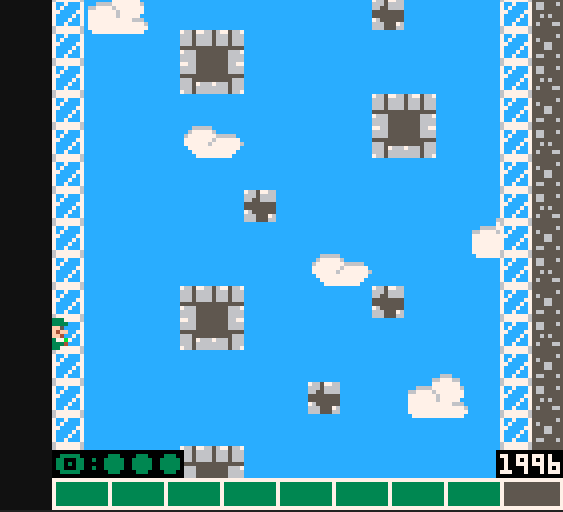 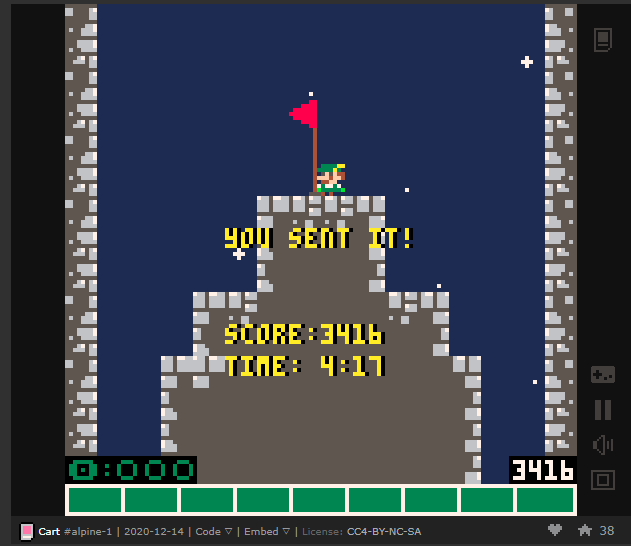 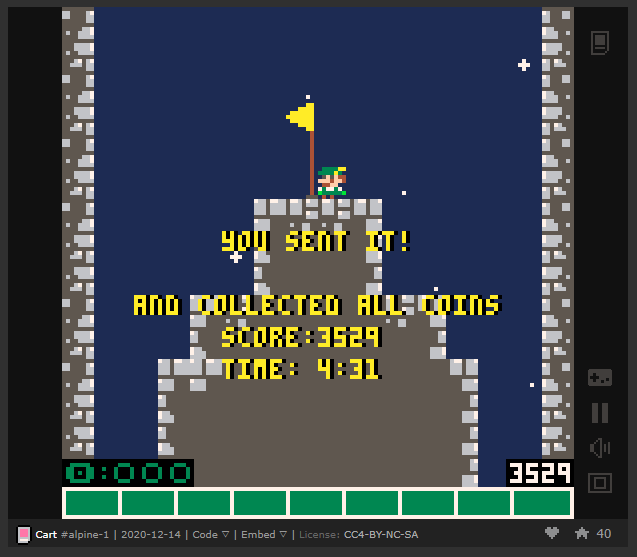 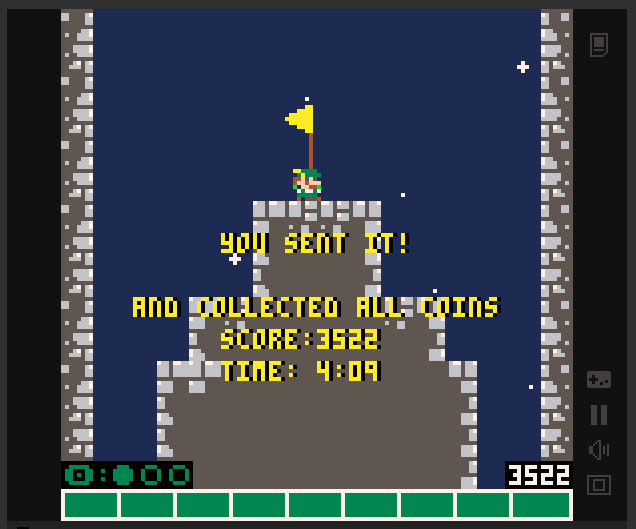 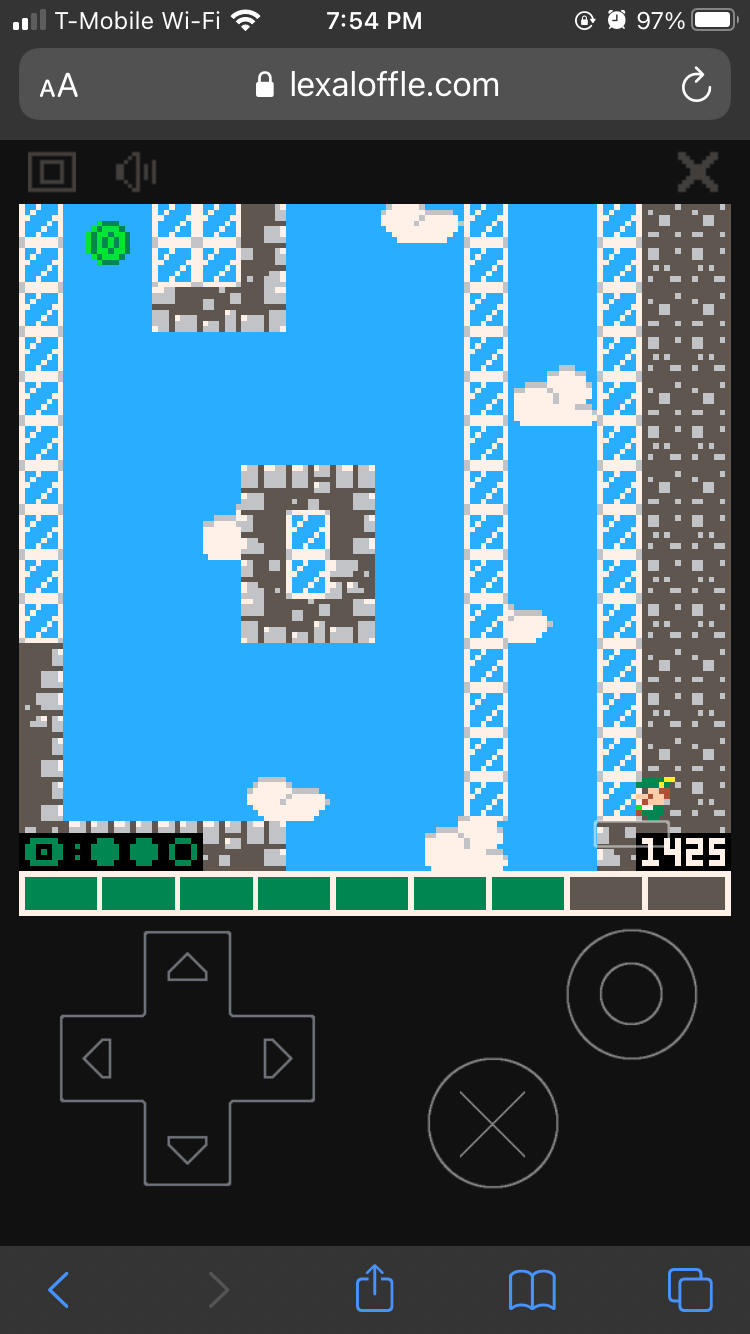 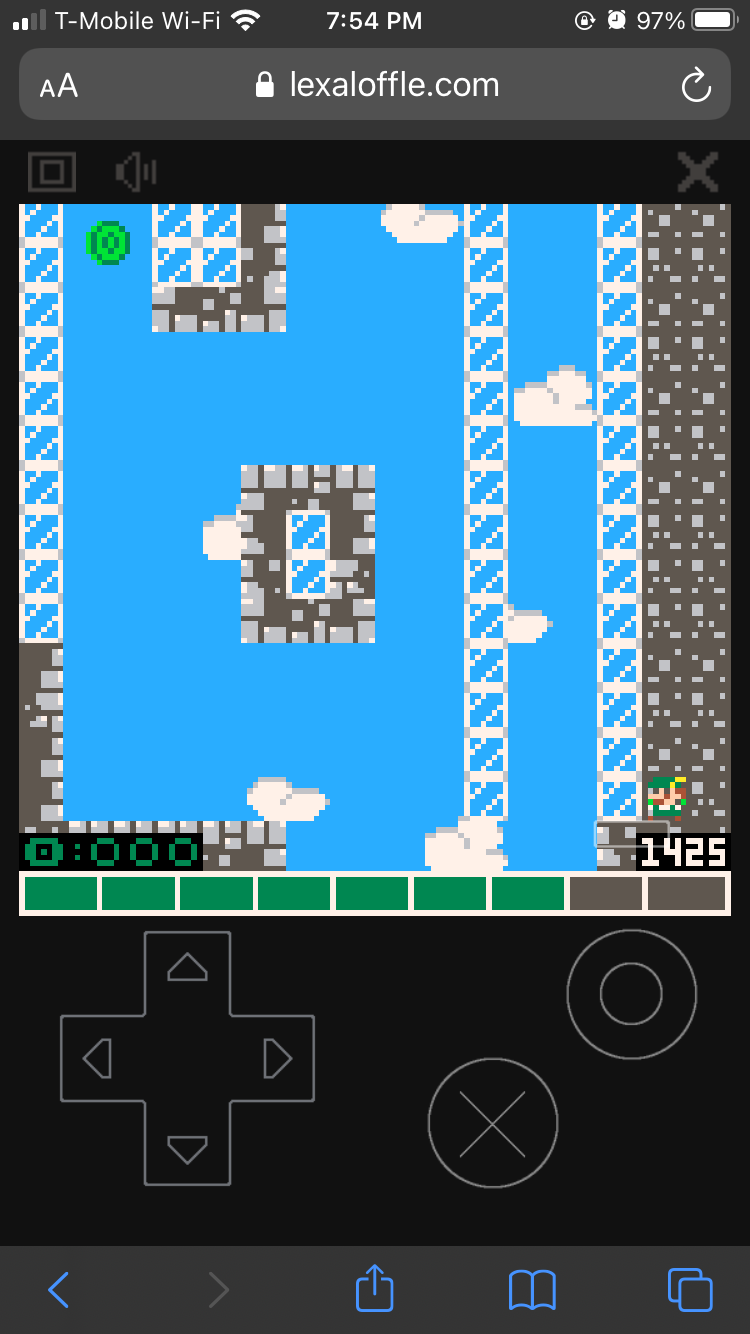 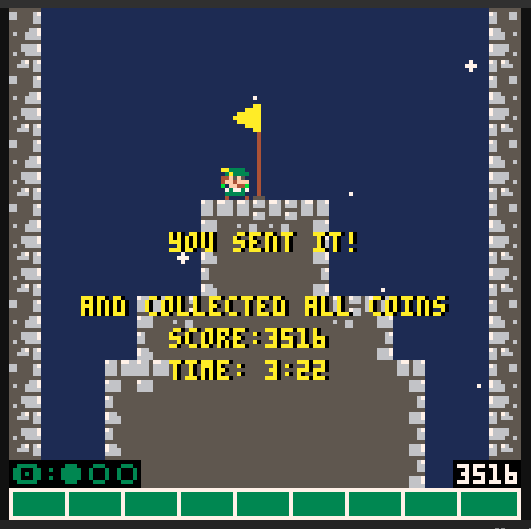 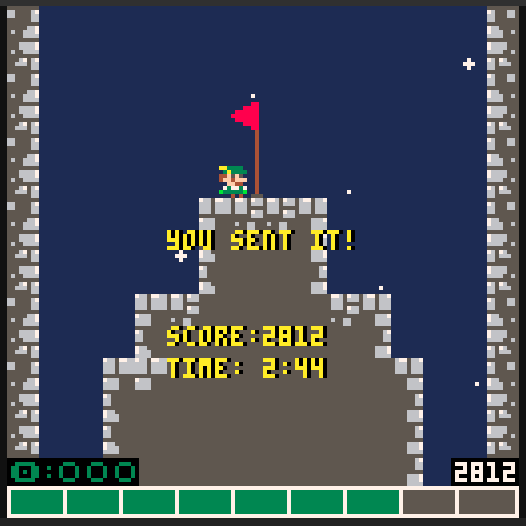 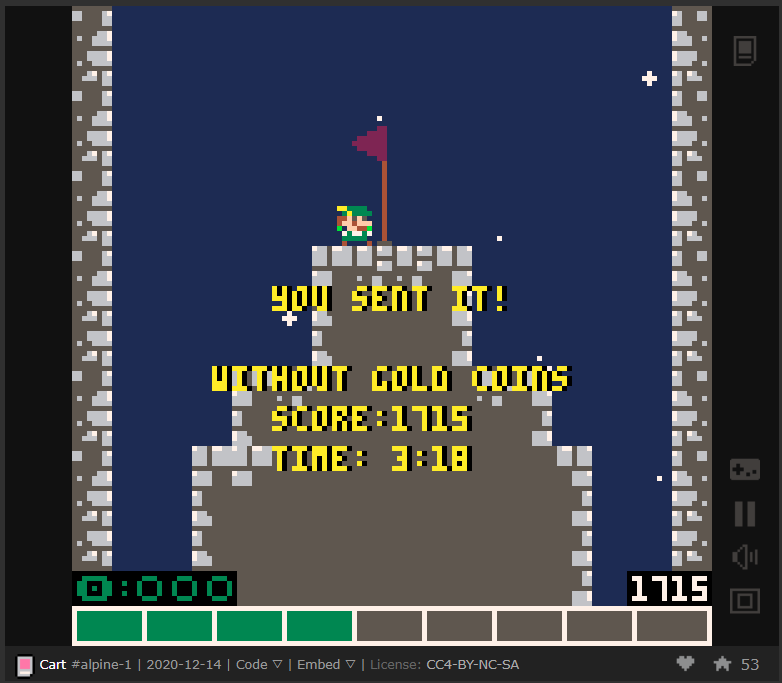