ZEPTON is a 2d voxel shmup by REZ.

You have to survive as long as possible to an always increasing number of enemies.

on title screen, use Z/X, C/V or N/M to start a new game.
to pause game and access option menu, press P or return.

key control:
→ arrows: move your spaceship (you can invert y-axis in the pause menu)
→ Z/C/N: launch missile (if the target "lock" is red, the missile will go automatically on it)
→ X/V/M: fire bullets (your bullets will hit something if the target is red)
→ Z+X / C+V / N+M: ©LASER BEAM OF DOOM™ (pump spaceship energy, do not abuse!)

1.0 released!:
→ added bonuses! the blue one increase your energy by 10 points, and the red
one (known as ©SUDDEN_DEATH™) kill instantly all enemies on screen!
→ a lot more code optimizations, the voxel farplane was increased a bit.

0.9.2 update:
→ a brand new and deadly weapon! the mighty ©LASER BEAM OF DOOM™
→ full mouse support! now you can get rid of the keyboard to play
→ even more code optimizations, now the game run mostly at 60fps!

0.9.1 update:
→ you can be a real pilot and choose to invert y-axis (option in the pause menu)
→ code size and speed optimizations (i removed almost all COLOR() calls!)

there is some tokens free, i will try to add some feature later if possible.

feel free to report me any bugs! 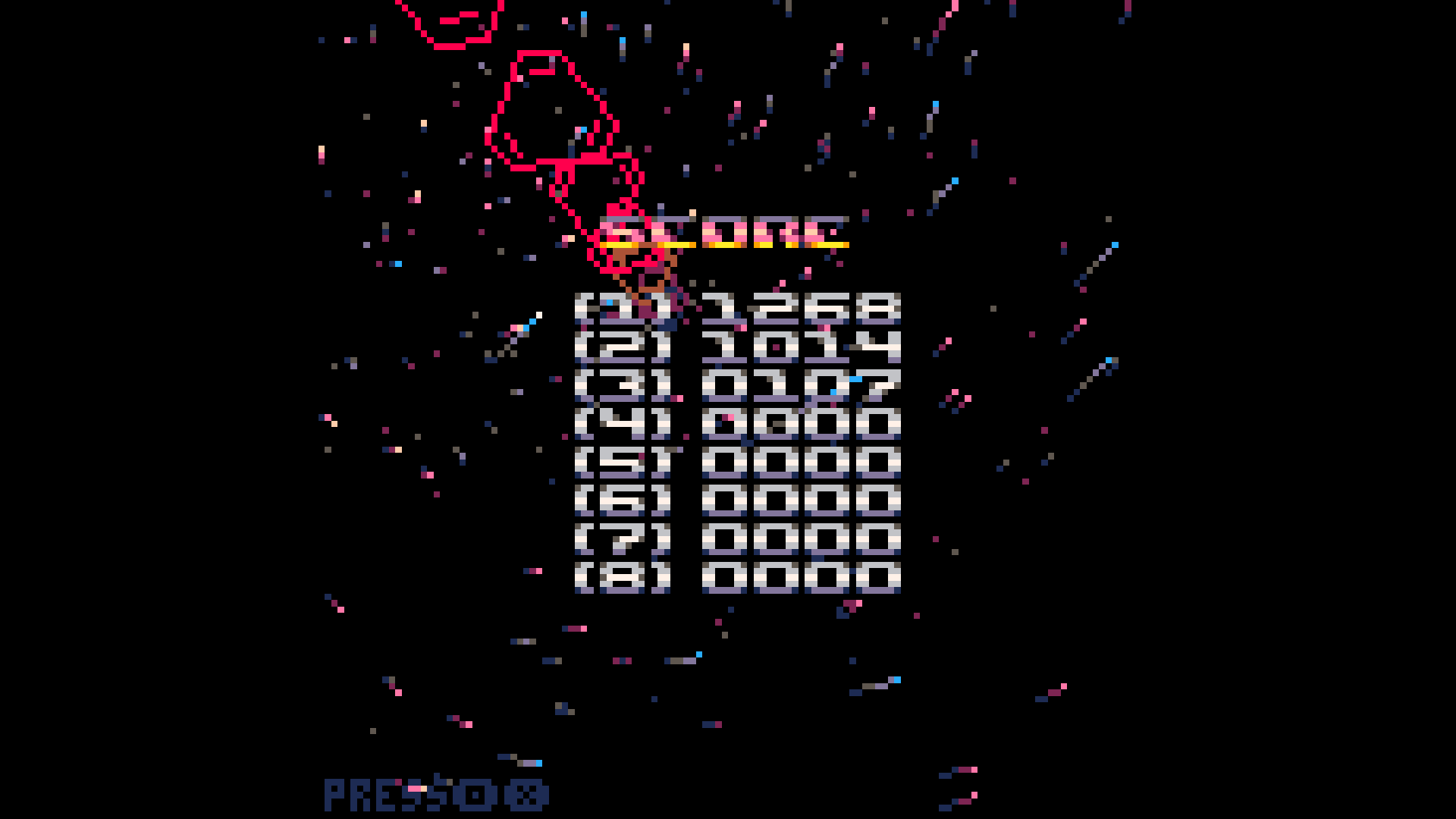 awesomee!! runs a bit slow in browser but great on native. i think the background colours are a bit too busy, but it's epic!

thank you for your nice comments!

This might be the most impressive game I've seen so far!

\o/ \o/ Very nice! And even some comments in the source ;) . Did you do the music as well as the code, or is this another Rez+Dubmood? It's great music either way!

this is so beautifully made, I'm so amazed!

@cxw: no, this time I did everything myself, including the (short) music :D

This is just unbelievable. Congrats :)

@MCNanana: I hope it's well playable too :D

I know it's a bit hard to handle at beginning, I did my best to make targeting easier as possible, but generally "3d" shoot'em up are harder than 2d ones :)

now you can be a real pilot and choose to invert y-axis (option in the pause menu) :D

also I optimized code size and speed by removing almost all COLOR() calls! I just noticed yesterday that you can give the color number as parameters directly in all the graphical functions :3

Didn't noticed the color parameter
on the drawing functions that
heavily used to render those. 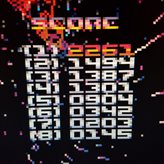 never did a better score than that :D

btw, next update of the game will be very nice :D

I just submited 0.9.2 version with mouse control (to select in pause menu) and the deadly ©LASER BEAM OF DOOM™ \(•◡•)/

Wow this is a great game! It is so impressive and gives me tons of ideas for the game I am currently working on--599 Pound Life (my first Pico game).

I am not very good at shooting or jumping or moving games, but I was able to score 11 points after playing for half an hour because of the intuitive controls and layout. I love the design of the city scape and the consistent color for the alien attackers. I hope to see more of the game as my skills improve.

This is amazing!! And I'm impressed that not only is it visually impressive and you've crammed 3D voxel rendering into Pico 8, but at the same time, it's very clear and fluid to play, gameplay-wise!

Thanks for including the invert option. I've always felt that if you can see your ship, it's more natural for "up" to go up. If you're inside the ship and the angle of the nose actually affects flight gradually (rather than instantly) it makes sense to push "forward" to rotate the craft in that direction and end up heading downward. This game is definitely the former.

Wow!! Only complaint: I want the music to play during gameplay as well ;) ;) starts hacking the code

I put all it was possible to do in the cart, there's some room for improvement for use but I think I'm done for the moment :D

I can't scream enough now that I found the cart. This is a game that makes me super excited about math.

The intro music is so great as well.

147 score for me. Yep, I'm not very good at these kind of action games. This whole cart is astounding though - especially the music. Should be top of PICO games library.

There's not much in the way of instructions and the graphics are nice, but seemingly the gameplay didn't get much attention in some respects, so here's some possibly helpful advice for your next game if you do a sequel (sequel pleeeeze?! :) )

1.) The laser is friggin overpowered! Why even bother having the other weapons when you can just lazer through the game rather easily? It's not that it eliminates the challenge, but it seemed as though the 'AfterBurner' style gameplay of vulcan and missiles to shoot enemies was the core, but since discovering the lazer, I don't even use those other weapons. I mean, it levels the friggin landscape! So I would suggest possibly having the lazer as a short term pickup, or something that's limited by some kind of gauge that builds up (classic trope of this is overheating, etc.) Alternatively, if you don't want to do anything of that sort, possibly make the laser give you no points at all for killing enemies, thus if someone's playing for points, the only reason to use it is if you're in trouble.

2.) Speaking of points, this could possibly be used in a strategic way to naturally force the player to take risks. For instance, a vulcan kill can be worth more than a missile lock-on kill and then the missile lock on kill is more than a laser kill...some food for thought.

3.) I thoroughly enjoy the look of this game and the work to get it to run at a nice rate, but there's something about being able to run into the landscape that is kind of...idk, personally I'm not digging it and because the landscape is possible to run into, it doesn't allow for cool speed...again, the gameplay itself reminds me at it's core of afterburner...possibly a sequel will have the land screaming by and impossible to run into?

4.) Also, maybe I didn't get far enough, but the floating turret enemies get boring. I scored 300 points so I didn't do bad, I think, compared to the other submitted scores, but at some point I kept expecting fleets of ships to fly by....and they never did.

Overall, this is a friggin' really nice cart with a lot of visual polish so I hope in the future if there's a sequel, the game itself can get some polish instead of just being a very awesome looking tech demo. Maybe even incorporate the space from the title screen as a bonus stage between planets or something...anyway, it's saved into my personal favorites so hopefully none of what I said critiquing the game makes you think I don't like it cause I do! :) It just feels like the game itself didn't get the same attention as the voxels...

This is cool as hell, i'm not a programmer so to me it looks like the whole world is made of bits of flat card all lined up to make it 3D. its cool as heck.