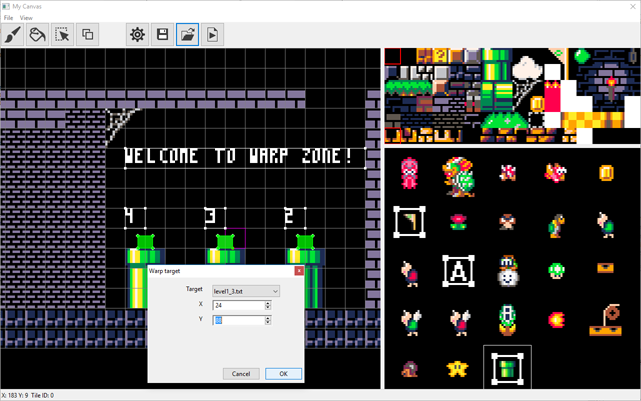 This is really cool
Make sure to keep testing and making more!

Thanks for this demake. So bad no one never finished for fun :)

Thanks for making the sprites! I used the Super/Big Mario sprites on a project here: https://www.lexaloffle.com/bbs/?tid=39432. Mark as Abuse
SMB 0.2 with NES Sprites
by Gabe_8_bit

kudos you remembered the one up

Since it's been a long time since this was originally posted, can you send the level editor you used to create the levels for this game? It would be good since this game has really good physics and could be a great base for some PICO-8 Mario games!

holy, In the 1-2 warp zone, wait until timer reaches 0 and watch what happens L0lz