UPDATE: The dungeon generation logic has been revamped. Rooms are not always rectangular, and can often have a bit more cover (or hiding places for monsters). Also added a couple of new enemy types. Gold has been removed (I needed the extra tokens), but it didn't really do anything anyway. 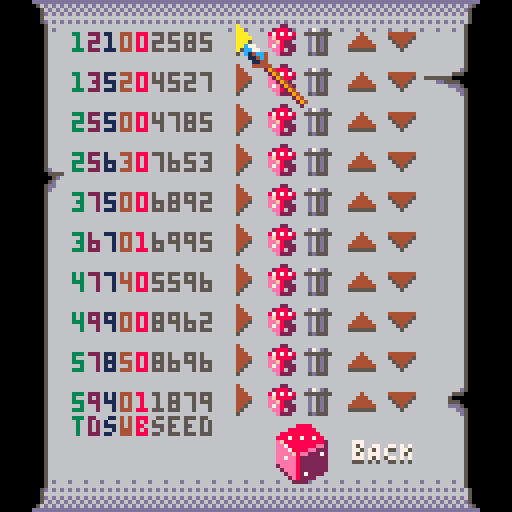 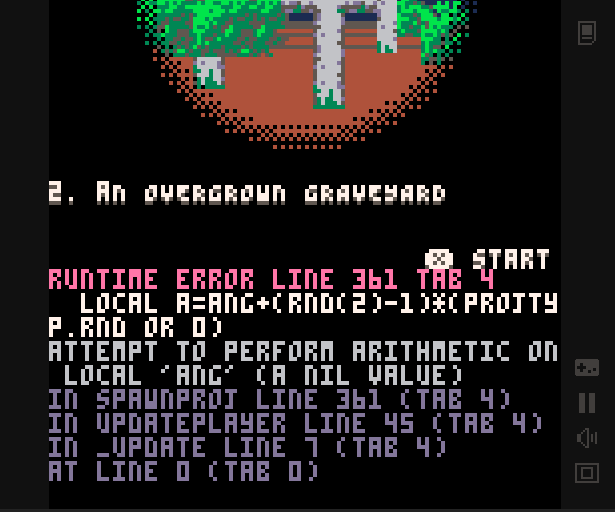 WOAW your game is crazy !!! Thanks a lot

Nice, bu too hard to play with a german key layout. We got a QWERTZ over here...

Good, @Mot, but one enemy from the side and there go all your hearts. You need a cool-down time for the baddies to hurt the player again - not just all at once.

Gave ya the 100th Star, Have a wonderful day!

It won't let me turn, how do I do that

@thecursedkatana it depends how you're playing it.

If you're on a PC using the web browser you can turn with the mouse, but you have to play it on itch.io because carts running on the Lexaloffle website don't currently support that kind of mouse input.

Alternatively you can run it in Pico-8 itself to get proper mouse turning, if you have it.

Otherwise use the player 1 controls to turn (arrows on keyboard or d-pad on controller).

are you going to continue updating this game? if so I would love to keep playing it and getting stronger :D it's like if doom had fantasy insane

I might do a sequel some day. Unfortunately the cart is pretty full so I can't really add anything without taking something else out.