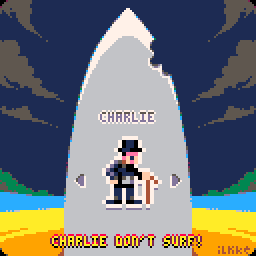 Ever just surf on a saturday, and sharks bombs and waves increase?