When I was checking my LD Bingo game I noticed that Pico8 started just fine the mobile browser, but unfortunately I had no way to control it. While I imagine they'd be inappropriate for most games, for turn-based games or one-button games having an option to add on-screen controls would be nice.

That would be a nice feature, but...
HOW?

Buttons beneath the play window seems like the straightforward thing to do - since the pico8 screen is square there should always be space on a phone screen. From there they should just trigger the same events as the keyboard.

Sound doesn't seem to play on iOS, but that may be due to a limitation on the Web Audio API (click event needs to cause a sound first) rather than an incompatibility.

I second this. It would be nice to have a mobile version of the webplayer.

Just navigate to that site on your phone to see what I mean.

I would like to see this too.
Tested it out on an Amazon Fire HD and used a bluetooth keyboard just fine.
Would have been great to turn it on its side and hold it like a Gameboy instead.

Is there any reason to do vertical rather than horizontal? There could be both, of course -- but I imagine horizontal is less likely to interfere with any system-specific buttons on the top and bottom of the screen. 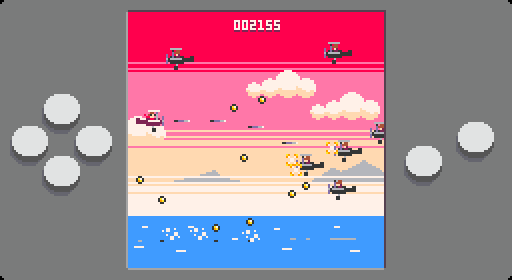 Either vertical or horizontal works for me! I've seem some things made to look like original GameBoys so that was the first thing to come to mind.

Why not have the controls work in both orientations. Is there a way to do that?

Yeah, looking at a bunch of possible devices I think both orientations would probably be worth it. It would be cute to select a layout from a small collection of tiny device icons.

That mock up looks good.
Add a start button and it would look like a Game Gear minus the lack of a disc d-pad but still nostalgiaish ish. (also hoping for a start button update heh)

Vertical wise is less practical if anything it is more for nostalgia and the device could always be played upside down to avoid buttons.
I'm a Game Gear fan so I do like the horizontal look best really.

Also any chance of custom or user made skins for that?
Maybe too much work to implement but I'd love to make a few variant skins and I could probably bug a few artist friends to help. :3
Maybe could just make a few and see if ya would like to use it.

Would also be fun to have custom skins for each game and just pick an image file uploaded in one's own account to be assigned to a game.
(I'd love to make crazy variants using the 2nd player for more buttons if a game ever did that if I can ever manage it. heh, bit crazy though)

Eh, maybe I'm thinking too far ahead, one day perhaps?
I'd just be happy to see buttons on there and working, it'll make it much easier to hand a tablet running a game to a friend to show off and promote Pico-8 with. :3

Is anyone working on this? I think it's easy to write a mobile app that loads carts in a browser control and modifies/injects html/js for external button clicks.

The asm.js version will have an array: codo_control[] that you can stuff with button data any way you choose (including responding to touch events). That will be available soon with the stand-alone web-player. A bit later on I'll add my own touch controls and use it for the BBS.

It works on mobile, you may have to add it to your homescreen for it to work properly, also only vertical (portrait) mode is supported currently

It is also very slow/buggy on older devices

EDIT: landscape mode is now supported (although if you have big fingers, you might prefer portrait mode)

How do I go about updating this for the latest pico player?

For anyone who might be interested, you can see my reworking of azlen's HTML here... (full credit to azlen) 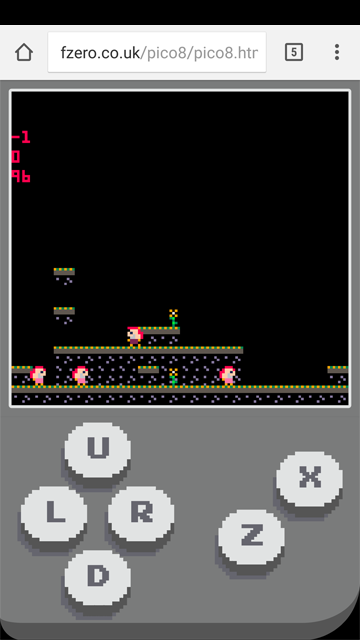 Well, this kind of thing exists now. Trying to slide on the d pad while using a button still makes my browser pinch zoom. Otherwise it's excellently laid out and responsive.

Yep... don't know what to do about the pinch zoom thing. I googled around for a while but nothing seemed to work.

no idea whether that belongs in here, but on my lumia the context menu opens when pressing the buttons... same in chrome on my windows tablet... otherwise everything is good 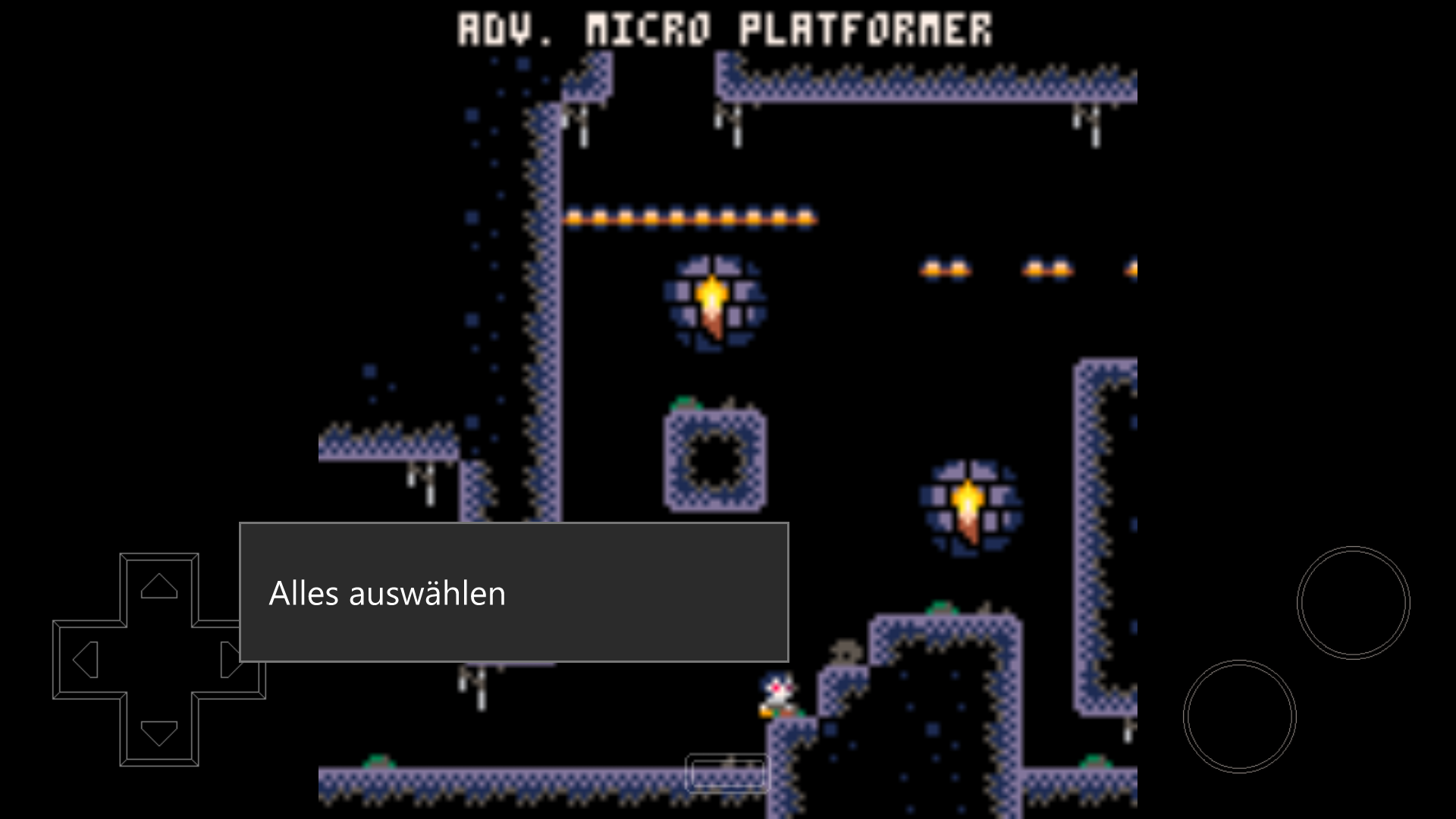 I like the pixelated buttons and horizontal layout the most. Let's not forget the pause button (enter) that some games use for extra options.