Can you discover today's dungeon in 6 attempts?
Some of the dungeon's secret rules are given to you and the rest you will discover over time.
For an optional challenge, make sure you reuse your close and correct guesses in your next guess.

Note: The game's randomiser is seeded so that everyone sees the same puzzles each day.

I wrote a small function to scale 8x8 sprites using a sprite number instead of using sspr() itself and having to pick out the x and y position each time.

I'm using it for the Toy Box Jam 2 where you have a spritesheet already made and you want to quickly resize things.

Updated function with feedback from @freds72 and @MBoffin:

Probably already exists someplace but thought I'd share my own solution to the problem.

To motivate me to continue working on the project I'm uploading a WIP version of a platformer I've been making.

Feel free to offer feedback but I know it's rough around the edges!

Check out my other games!

This is my remake of a long forgotten 68k Mac shareware game of the same name, originally created by Robert Chancellor. I've updated the rules from AD&D to D&D5e and added some extra items.

You play as Derek Silverhand and are tasked with protecting Darkwood from Torque's approaching hordes.
Survive 10 waves of enemies to win the game!
Darkwood will fall if Derek falls in combat or the advancing hordes destroy the castle!

Buy equipment like swords and armour from the 4 item shops.

Enter the battlefield and engage with your target 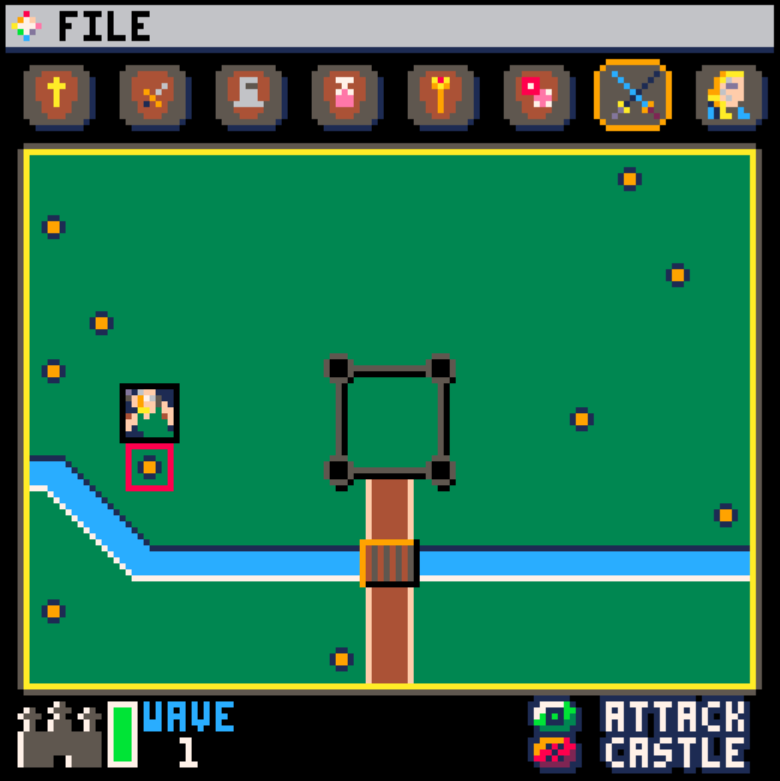 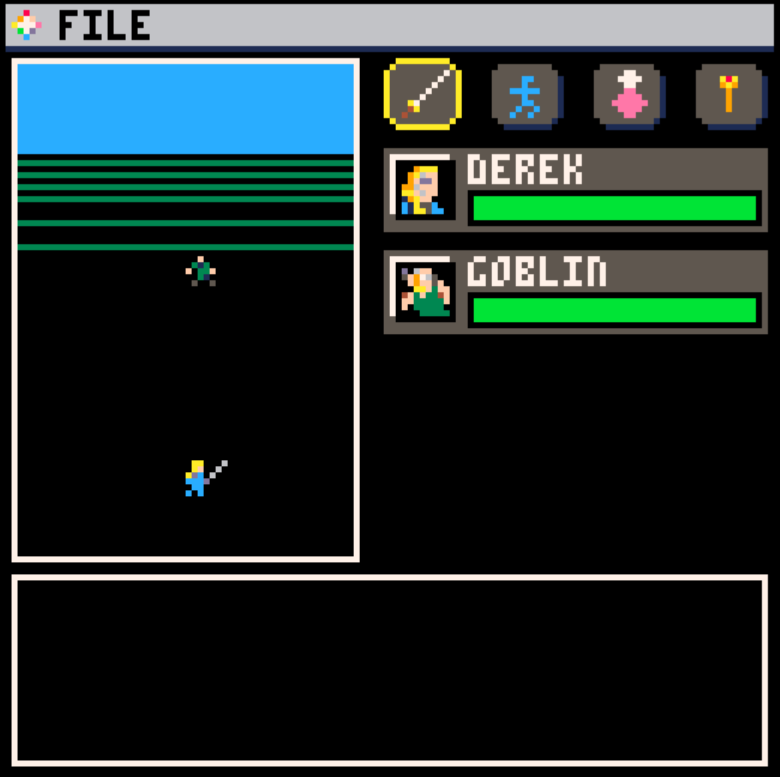 Don't forget to Heal at the Temple if needed

Level up and check your stats on the Stats screen

Check out my other games!

The Robot mode's weapon reflects enemy shots. If a reflected shot takes out an enemy ship, you gain a charge.

Decided to have a crack at making a shmup after rolling the name Striking Thunder in the #RNDGAME2020 jam. Kudos to Dan for creating the title screen.