Detach equipped weapon and detonate for destroy all enemies and bullets. 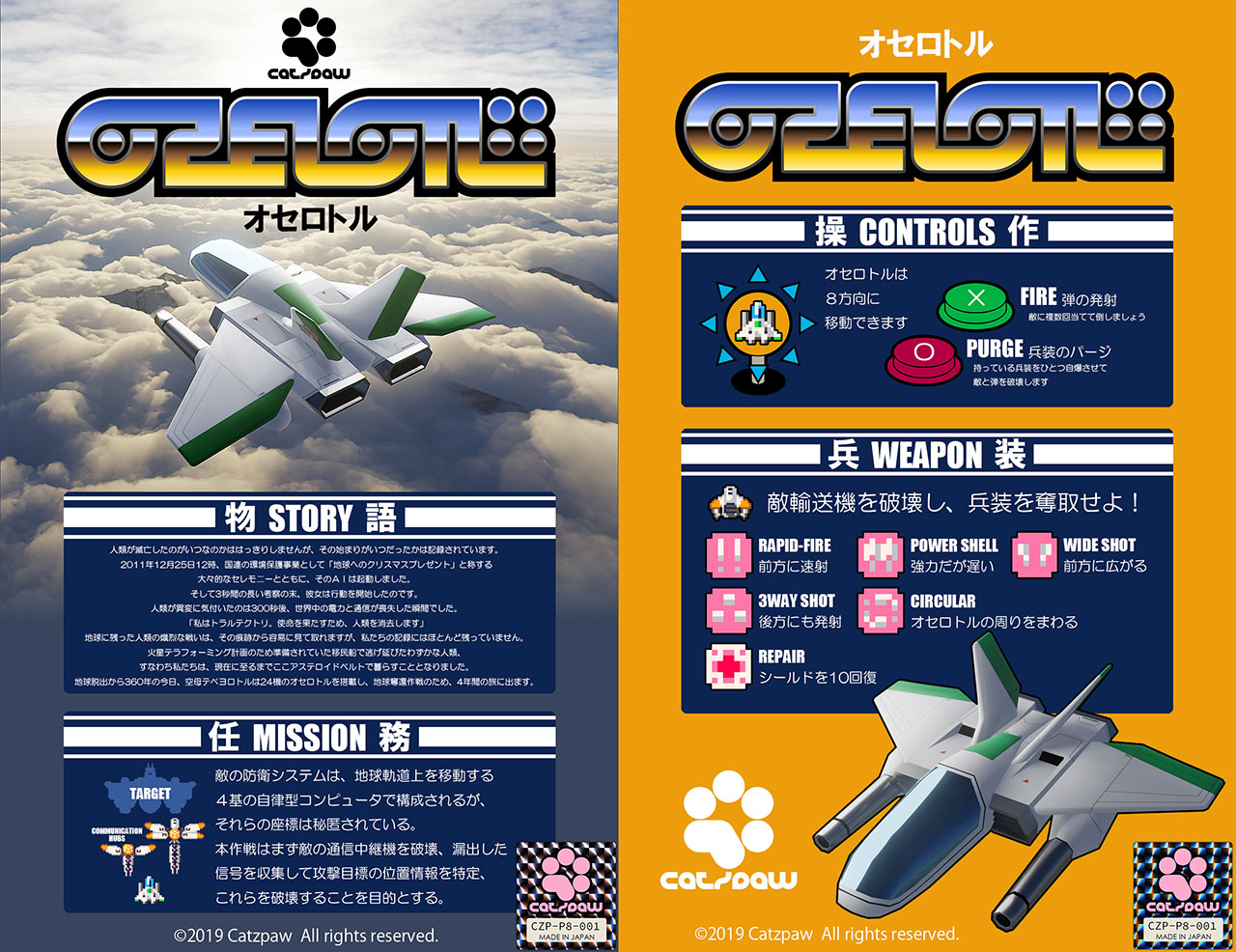 Good but the background moving 2x or 3x the speed of the attackers is hard to follow the main targets as player must differentiate between this and enemy shots fired.

Suggest background move half speed of targets or somehow dim the brightness of the background.

That's a snazzy poster, and I like the game! The punishment for dying is pretty harsh, though.

I'm also struggling with the background. I can't see the bullets against that bright pink - it's the same intensity.

I like the rest of it. I'm just having some accessibility issues.

Awesome feat!
The attack patterns of the enemy aircraft and the richness of the background are superb.
It's a highly complete shooter.

@Catzpaw I just tried and your game runs perfectly at 60fps (never reached more than 60% cpu) - I understand that would mean reviewing all the game timings but your game deserves silky smooth scrolling!!

This game is at the 15360-byte compressed size limit! The only room left on the cart is for some music but ok

Thanks for your comments. I'm glad to you like it.

@freds72
I first considered 60 fps, but decided to produce it at 30 fps in light of the stable play on Raspberry Pi.
In order to change to 60 fps from now on, I think that it is necessary to modify all the behavior data of enemies or add about 200 tokens.

@StinkerB06
If you want to modify the source code, you can delete lines 5 to 50 to make room.

Rhaaa - I don’t care about loosy Rapsberry!!
But I understand the effort to tune it. 😭

Btw, what minifier do you use? I hope you are not coding a full game with 3 letter function names 😱?
And more generally a debrief of the technical/dev process would be a good read.

I was preparing Picotool just in case, but I did not use minifier because I intended to do it by myself as much as possible.
I used to work on creating a lot of minimal game app for CLDC, so I don't struggle with short function names.
Of course, in a multi-person project I will never do such a thing.🤤

I absolutely love the music in this cart @Catzpaw!

I have one complaint: As others say, the background is too bright and makes enemy projectiles hard to see, but also the enemy projectiles are very similar in appearance to components of many of the enemies themselves.

I like this a lot, but I had difficulty seeing the enemies apart from the background. Other than that, fantastic. Love the Purge mechanic.