Based on code from the Pseudo-3D Racer tutorials by Tom Mulgrew/ @Mot https://www.lexaloffle.com/bbs/?tid=35767 licensed under Attribution-NonCommercial-ShareAlike 4.0 International​ ​https://creativecommons.org/licenses/by-nc-sa/4.0/​

All source and assets are licensed under Attribution-NonCommercial-ShareAlike 4.0 International​ ​https://creativecommons.org/licenses/by-nc-sa/4.0/​ 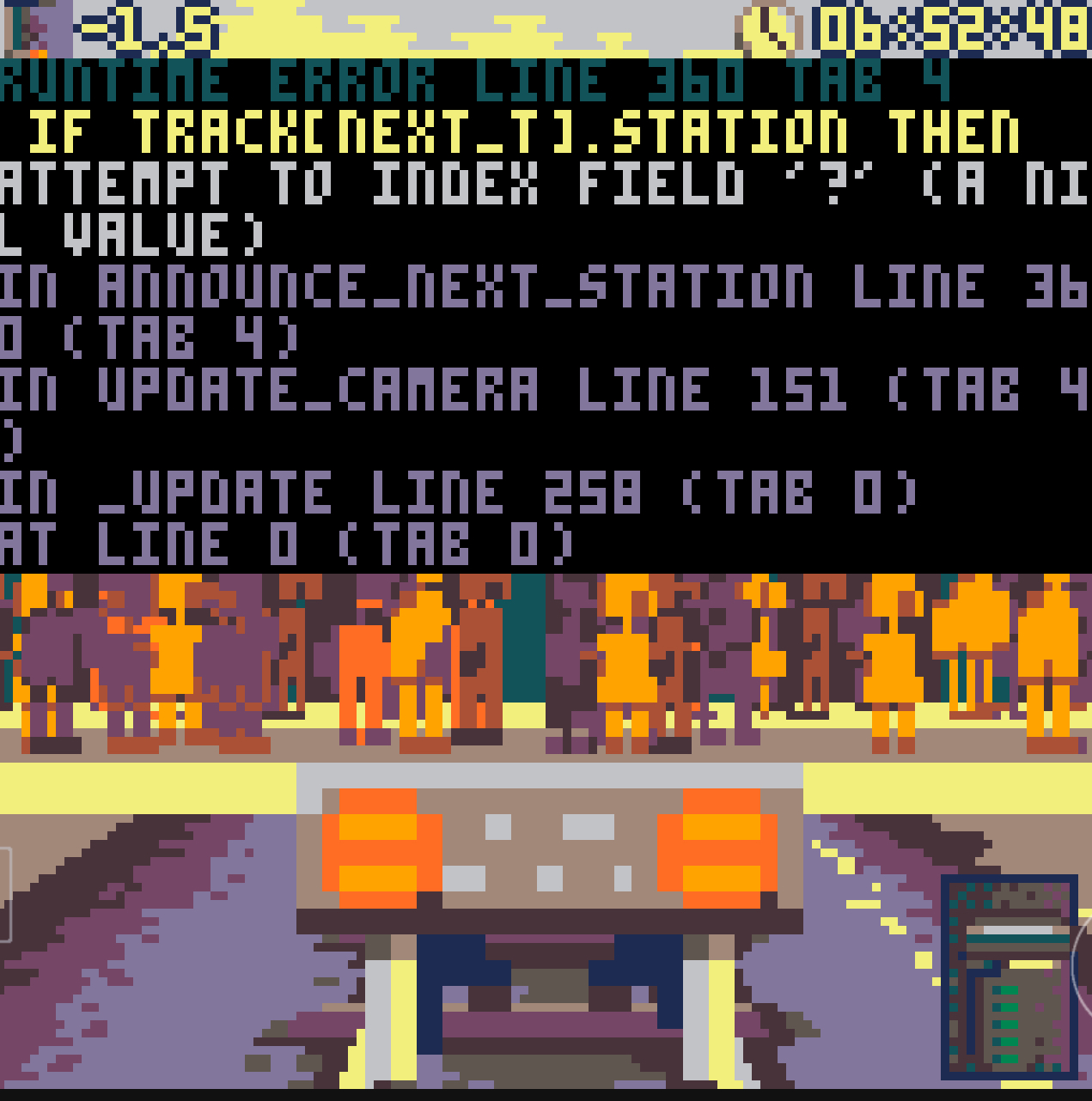 This is really relaxing, seeing the visuals and everything. Like working in a cab.

@MerpleLeaf - thanks! Good to hear it is relaxing, that's a huge part of what I was going for.

Version 1.2 out now that fixes a long standing, but rarely seen bug :)

@Powersaurus how many lines are there?

@redhead453 - there are 65,536 different lines (as many random seeds as a pico-8 number allows). All pulling from a finite number of possibilities, but gluing them together in interesting ways.

Also, time of day and weather will be different for different runs of the same line.

I'm new to Pico 8 and I'm a consumer, not a programmer. That being said, I feel this is easily the most impressive Kart I've ever run!