The Pico-8 is indeed a small resolution for a fantasy console at 128x128 pixels and 16-possible colors per pixel.

But the Microvision is even smaller. 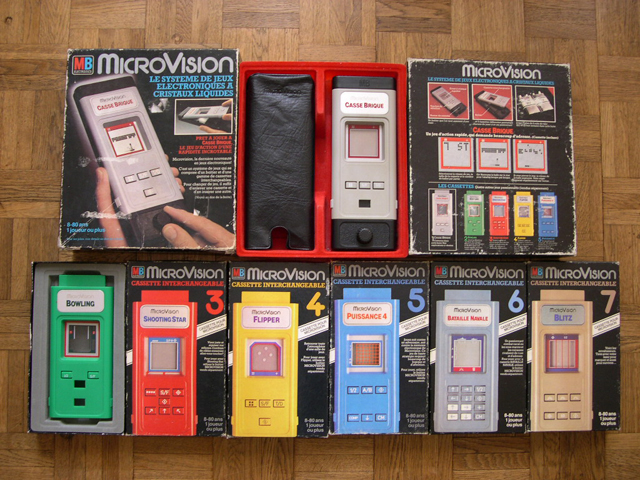 It was the first handheld game console that used interchangeable cartridges and released by the Milton Bradley Company in November 1979. Its resolution is 16x16 pixels with only 2-possible colors, black and white, per pixel, displayed in an LCD square screen. The audio is just tones, beeps, and blurps.

The Microvision was designed by Jay Smith, the engineer who would later design the Vectrex gaming console. The Microvision's combination of portability and a cartridge-based system led to moderate success, with Smith Engineering grossing $15 million in the first year of the system's release.

However, very few cartridges, a small screen, and a lack of support from established home video game companies led to its demise in 1981.

According to Satoru Okada, the former head of Nintendo's R&D1 Department, the Microvision gave birth to the Game & Watch after Nintendo designed around Microvision's limitations.

Do you think you can write a Microvision emulator that can take either the original .bin files or custom small clipboard tokenized data and work them into fully playable PICO-8 cartridges ?

Here is the source for everything you need:

And yes, the Microvision emulator for Windows does indeed work. I was just trying out a few of the games as it includes the ".bin" to all of them. :)

Hmm.. Neat piece of little known history there. I have no Idea where to start in making an emulator, but that is a neat idea.

This looks mostly possible, you just have to kinda mess with some of the numbers and put in more effort than I care to.

I've decided to have a go, and almost instantly ran into a problem: the input. 12 buttons, one paddle. I wouldn't know how to implement that :/

Many of the games designed for the Microvision do not require all the keys to be used in any direct action scene, so you could likely stick with (A) (B) and the arrow keys.

For an example in how to have 15-buttons for instance: