I discovered PICO-8 about a month ago and am blown away with what everybody has created, so I got a RG351V device to play them better. I'm no tech wiz - I don't even know coding - so I had to teach myself a couple things in order to get the recommended firmware (351ELEC) running on the device.

I was having such a great time playing a few P8 games on my RG351V, and then I started up the game PICOWARE. I'd start the game's cutscene, and then after that...a command line popped up that essentially froze my system. So I had to hard restart. And then I tried playing the game again, but the command line came back up after the cutscene. Now PICO-8 won't boot up at all - not for Splore, and not for any cart file. Here are all the things I’ve tried in order to get PICO-8 working again:

All of these things I have tried, yet I still get the red screen pictured below. I even took a screenshot of my mac with the failed bootup in text form. Again, I'm not a coder, which is why I'm bringing it here. Everything else about the system still works, thankfully, but I'd love to continue playing P8 games too! Any help would be appreciated. Thank you so much! 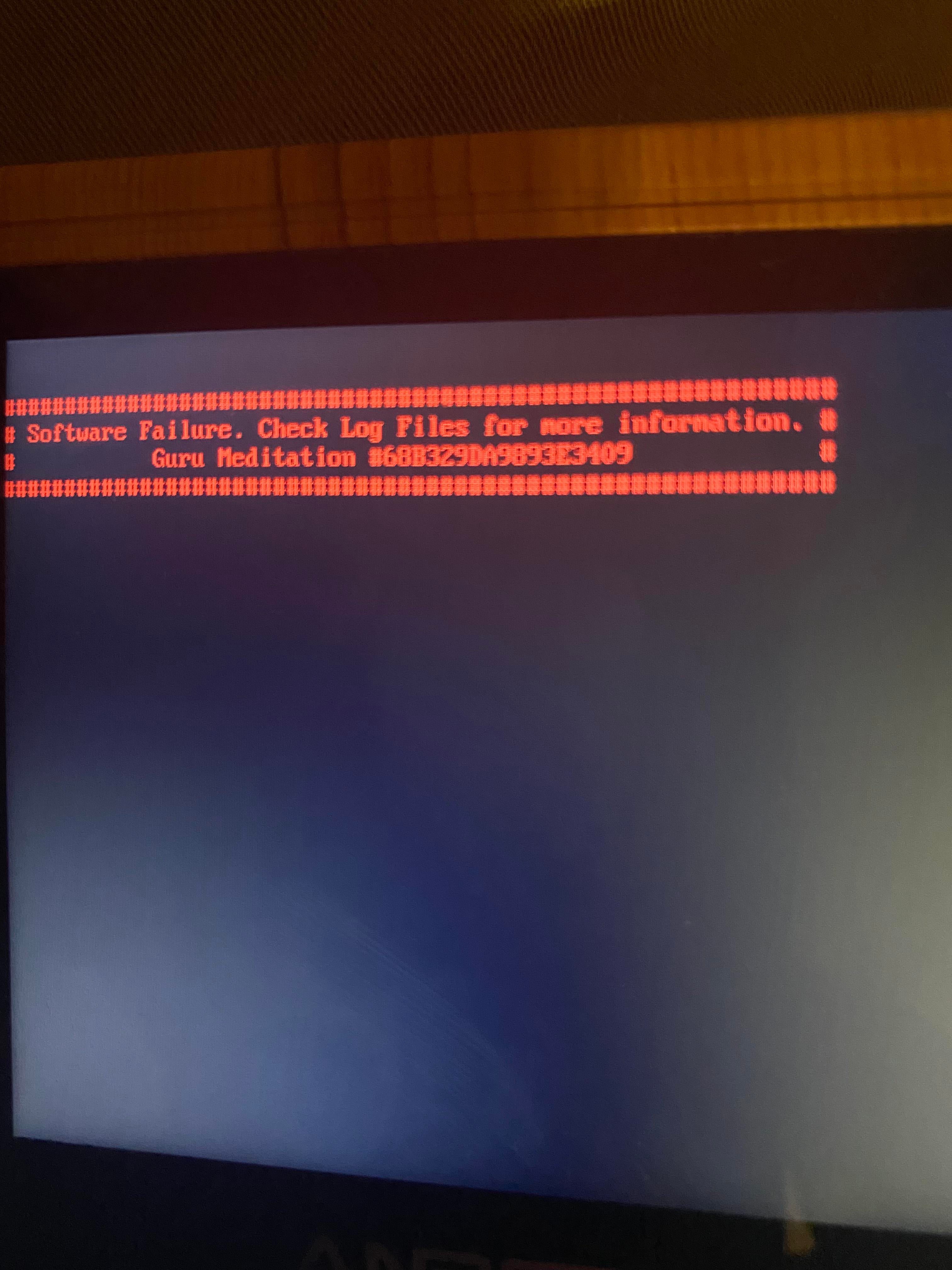 This is probably the type of question you'd wanna ask on the RG351p subreddit or the 351Elec discord. I'm not sure you'll find any answers here, since I'm pretty sure the issue is with the port and not with the original software.

Lol somebody on Reddit told me I’d be better off posting my issue to lexaloffle. Haven’t given 351Elec Discord a try though, maybe I’ll go there next.

I think it’s ok to post here or on pico8 discord, there are people who can help. Please include the log file!

Thank you to both of you for offering some potential solutions!

Good news though: I got it figured out myself! Last week, when I first got PICO-8 working, I backed up all my SD card files onto my computer. So I simply re-formatted both cards, then put the OG files back into the bigger SD card...and PICO-8 works again!

As a warning to anybody who uses their handheld for PICO-8, do not run the game PICOWARE.

That’s the weird thing, though. It WAS connected to the internet. However, I was using the cart file and was not on Splore. Do you think that was the reason a command line popped up instead?

I'm running ArkOS and I can't get it to work at all. Any ideas?

I have no experience with ArkOS, sorry :/