I'd like to use a retro-styled NES USB controller with PICO-8 on Windows & Mac (and Raspberry Pi, eventually). The ones I've found so far on Amazon all have terrible reviews, though. Any recommendations for a good USB retro controller?

Portland Indie Game Squad gave out a bunch of a PIGSquad-branded NES controllers at their last big event. They're Retrolink NES USB controllers and they've been working pretty well with PICO-8. I personally haven't had any problems so far. Here's a photo of what we were giving out (not me in the photo, lol): 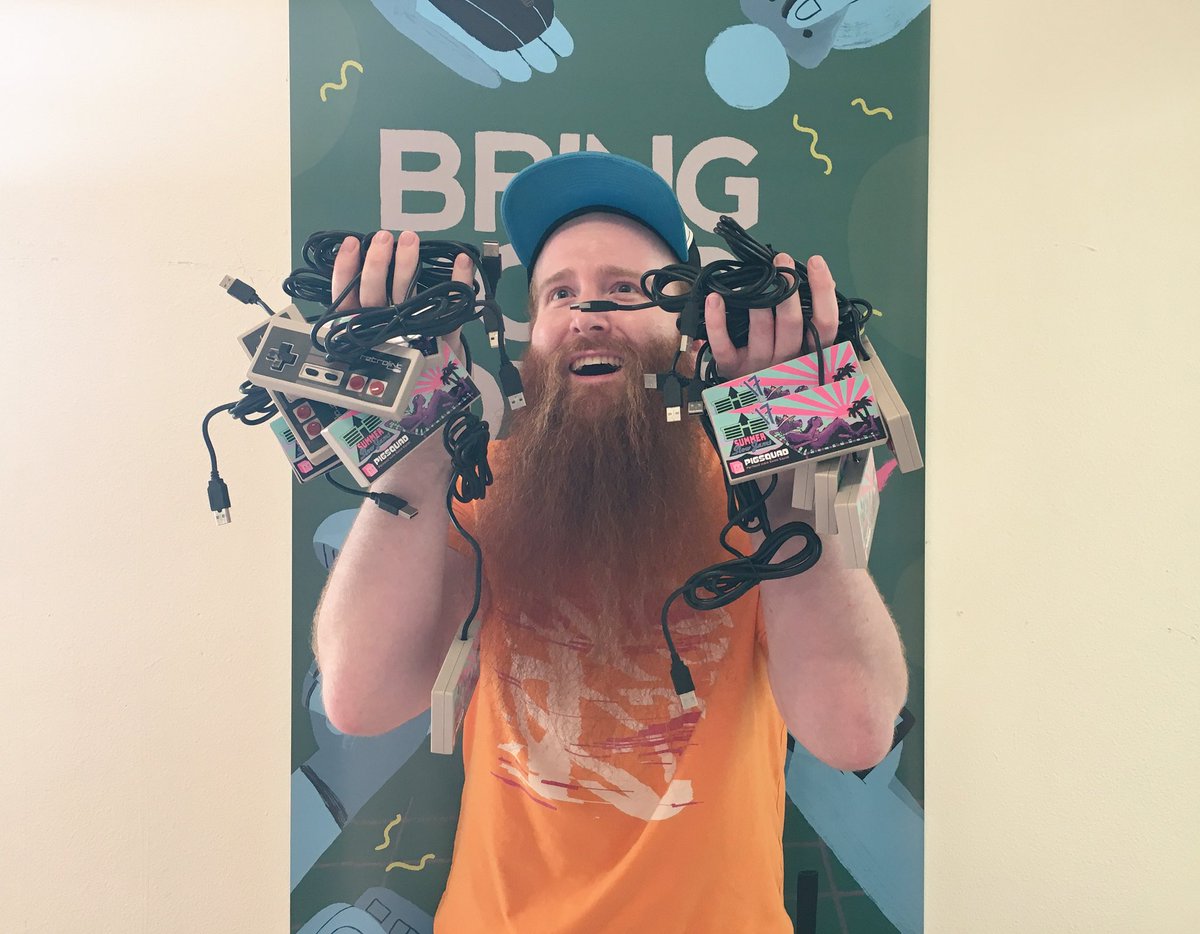 If you do happen do get one, here's the string I used in the sdl_controllers.txt file to get them to work with PICO-8:

Hi
I use this gamepad with PICO-8. It's very good and strong (I share a lot of them at some PICO8 events : sarcastick, picoscope...).
Regards,
jihem 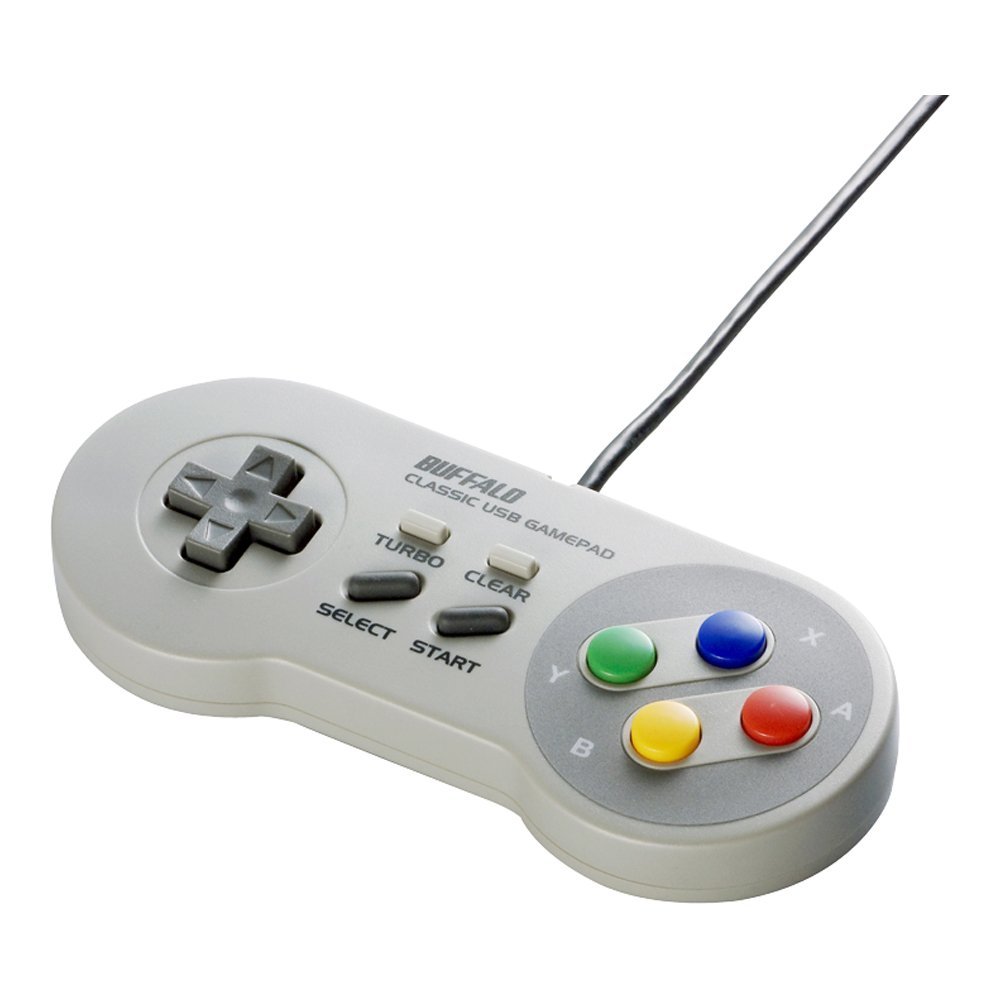 I'll second jihem, this controller has worked for me very reliably out of the box on every system I've tried it on... Windows, Raspberry Pie, pocketchip, etc.

I have one of those also (and it's good), but Buffalo also do a more NES (well Famicom really) style pad:

I would recommend that one too. I use both pads on Windows and Pi, and they work great.

Worth noting is that, while it's tempting to use an NES controller because the button count matches, the SNES controller is far more useful because you can use it with a lot more apps/emulators.

For that matter, a six-button controller might be the best idea. I've always been partial to the original japanese saturn gamepads (but not the chunky, sharp-edged north american ones).

I run a lot of emulators, And even use my pad for my music and movie apps when I'm sitting in the armchair or bed instead of the at the pc.

I use a Logitech f710 wireless pad. It's got that typical PS3/PS4 shape, Analog shoulder buttons, Rumble, Xinput/Dinput functionality and they go for as little as 15$ Canadian in some places like Staples when there's a clearance sale. I picked up 4 not too long ago for about 40$.

I'd find a 4-button 4-dir pad a bit limiting for most things I'd use it for on the PocketCHIP. Fortunately from what I read most of the games and such I'd want to run on the PC support the driver for the F710 in linux so I should be good.

It's even got that "Windows Game Center/PS4 Home" button in the middle though I find the Win10 game overlay annoying and haven't used it once.