Hi, i just bought Pico-8 and made it so that i use a raspberry Pi 3 as a dedicated Pico-8 computer/console.
I am booting directly to Pico-8 when i turn on my Pi, everything works great except i can't manage .p8 files like deleting unused files etc.

I do know where the files are usually located when you run Pico-8 from the desktop. But it looks like when booting directly to pico-8 and not the desktop, the files are not at the same location.

Does anyone knows what i am doing wrong? I already know and tested using pico-8 from the desktop in Pi OS and it all works fine and files are saved in the CARTS folder, but if i am running Pico-8 directly booting in it it's like the files are not saved where they should.

Can someone help me make it so that i can still use Pico-8 directly from boot and still have access to the .p8 files on desktop if i need to delete .p8 files?

Your legs are broken, and you are tasked to climb a mountain. All you can do is dash through the air and jump off of walls. Can you reach the summit?

Next up: a higher effort celeste remix 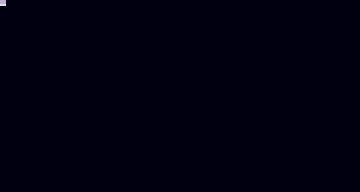 Mark as Spam
cel
by Sheebeehs

As the title says, the "code snippet within a line" markdown in the BBS doesn't properly respond to the end marker, and instead runs down to the end of the whole line.

Expected (but in bold):
This is a code snippet within a line!

Observed:
This is a code snippet within a line!

Ftw, Discord with identical markdown handles the end marker correctly, so there's no excuse for this BBS to not do the same.

So, I was in love with PICO-8 while making a game, but then I ran out of tokens. So, I tried a few techniques to optimize my code but it became clear that I wasn't going to be able to fit everything I had planned. So, I just posted the game with some significant content removed.

Some people have reported bugs here and there, but when I go to fix them I end up running out of tokens just to do my debugging (i.e.adding extra keyboard input for testing purposes).

I get, and enjoyed, the idea of having strict limitations, but hitting the token limit just ruined the experience for me. Even if I could just go outside of its limitations just for the testing process, that would be great. I know it's part of the charm of PICO-8, but the token limit (at least) has kinda killed the fun for me.

Hello, guys! I ran in some problems with making an update for PicoTale. Because of that, I'm starting another project - A day of a Russian! It will be containing some jokes about Russia. I'm asking you guys, not to take them serious. If you have any Ideas, please give me Feedback!
Thanks!

I'm a new to PICO-8 (this is my first post actually) but not programming. I'm looking to develop games on PICO-8 to improve my programming skills. That being said, I'm following a tutorial to make a small breakout clone, and I've decided to give it my own flair in several ways, one of which is giving the ball a smooth animation when it bounces off of a wall or the paddle. It works swimmingly when bouncing off of a wall, and I was able to make it animate when bouncing off of a paddle by forgoing the tutorial and adding my own rudimentory collision detection. The collision detection isn't the greatest, but it works and I've gotten the ball to animate when bouncing off of the paddle in the past. Today, I decided to finish up the animation by making it only play when the ball is within a certain range of the paddle. As soon as I added this functionality, the animation stopped playing, as shown in the gif below (the animation of the ball bouncing is slowed down since it's an admittedly very small detail in normal game play)

This is the code in question:

Note the inrange function, it's basically the equivalent of a function I wish PICO-8 actually had which is "if mn >= -1 and mn <= 1". I've tried replacing the function with the actual equivalent code and it still does not activate the latter command, ball_spr = X. But, although I didn't show it in the GIF, I can confirm it activates the former print command. So what did I do wrong? Why is this function activating the print command but not the one after it? Keep in mind that without the print function it still doesn't work.

Here's the code in question. Note that the parts I believe to be unimportant are cut out because I don't want to release all the code just yet.

Mark as Spam
[Under spam review]

So the Analogue Pocket is available for pre-order in a few days, if you haven't heard of it yet you should definitely check it out.
https://www.analogue.co/pocket

How awesome would it be if this thing could run Pico-8 cartridges!? Is that even possible? What kind of hardware requirements does pico-8 have?

I love Pico-8 but I have to say this:

The mobile controls for the HTML Player are really awful in my opinion. They work, but I feel I don't play as well with them due to a lack of responsiveness.

Personally, I think a simple glow for parts that are being touched, button sounds or minor haptic feed back would definitely be an improvement. But overall it's kind of a shame how basic they look compared to how stylized the rest of Pico-8 looks, almost as if they were an after thought. I hope that when Pico-8 eventually comes to Android and iOS natively that the entire interface has as much love as the Pico-8.

I'm trying to create a game where there are multiple enemies on the screen at once, but I can't find an easy way to store the enemys' position other than to create a million variables. Is there any way to avoid this?

Get to the exit block of the game travelling over every falling block, you can only tread on yellow blocks once, if you stay still too long or walk off of them the tile will explode. red blocks will turn to yellow after walking off of them (so you can walk on red ones twice). There are one way blocks and teleporters to deal with too!

Move the ship with cursors, teleporter pads can be activated with the "x" button.