The only thing equal to all is the 24 hours we get at the start of each day. How will you spend yours?

It's all placeholders. :x

Earlier version that is a bit more obvious as to the chain reaction theme:

any key = drop item into water

Hm, so, I kind of suck at jams because I spend a whole day preparing the architecture and stuff. So far I've figured out:

Result: two circles moving across the screen that don't even collide.

Some highlights from the code: 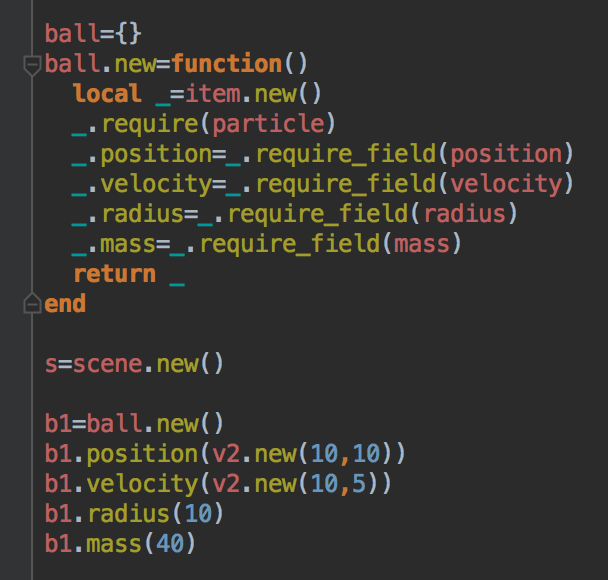 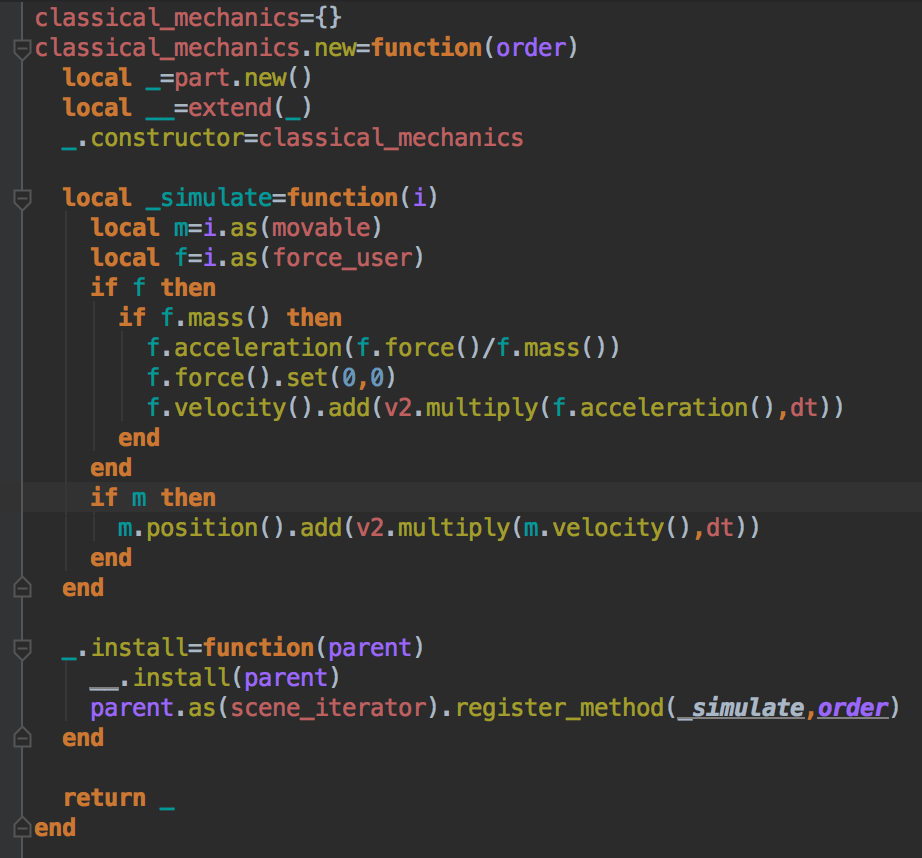 And the all mighty: 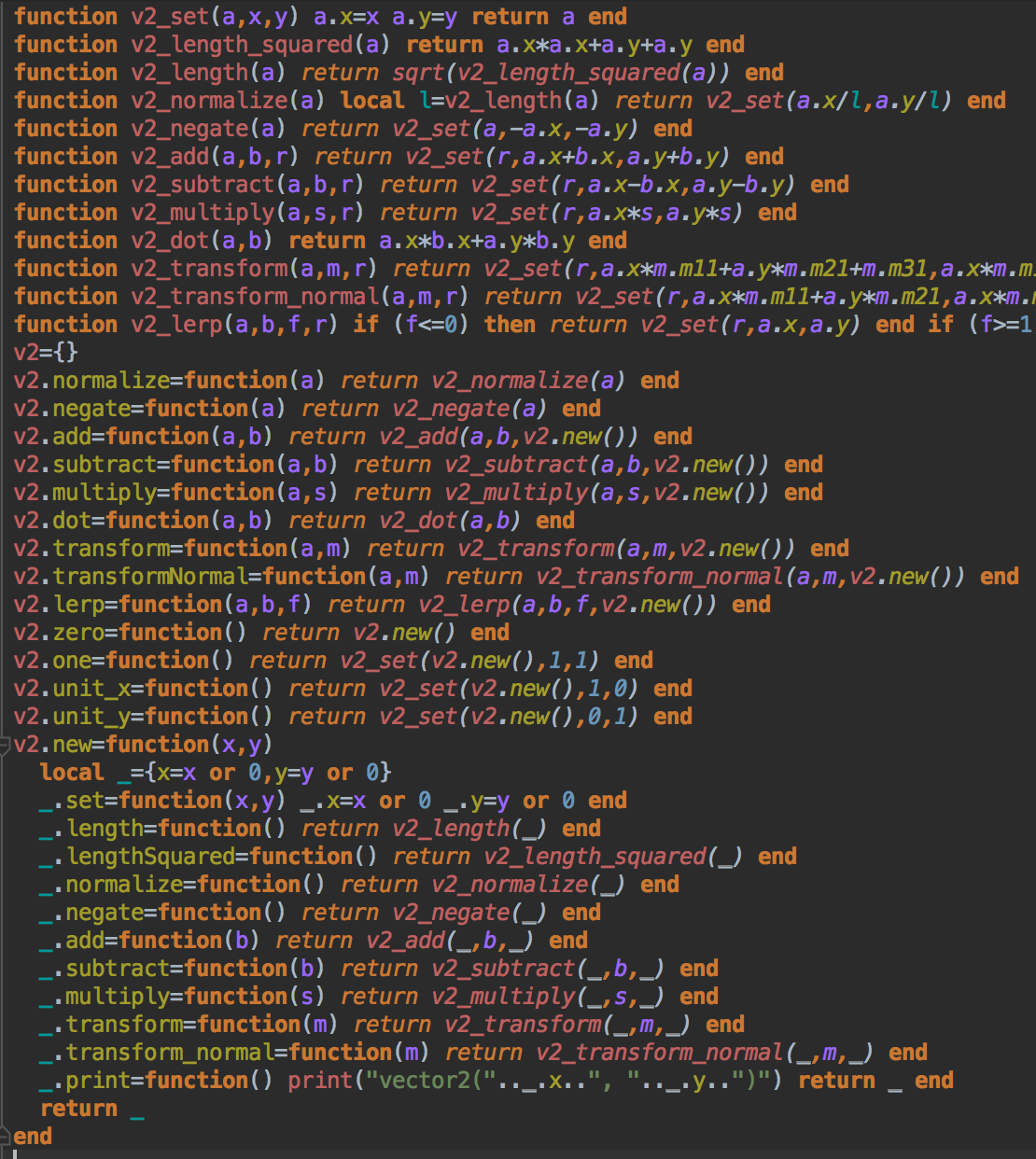 I'm really struggling style-wise. This code is all I stand against (short variable names, multiple statements per line, no new lines) but I read all the zines and it kind of got me scared that I'll run out of space and I should conserve as much as possible. No idea if that's true or not, but it's my first real cart, so I have almost zero experience with this.