You have been accidentally shrunk to the size of a bug. Collect 48x scraps of metal in your garden to build a tiny remote control for your shrinker. Each time you fail you will be rewarded with a new gadget. Finish the game with as few death as possible for a special ending.

(X) throw ( if you have an insect in your hands)

(Z) in air : toggle your jetpack on and off

Other than that, yep, it's a platformer.

Yay just what I wanted in a game, a middle aged man with his wiener flying about being chased by wasps!!! kind of reminds me of the nudist family living in a cave from Ultima VII, the cave with the big ol' bees

A bee stabbed me in the junk within the first 20 seconds. My kinda game!

EDIT: Also I like that on the second quest, you don't have to start with....nothing. :P

Won, died 14 times. Might give the guy a barrel instead of his dingy-lingy sticking out all the time. ;) Just saying.

tried booting it up but just got this... 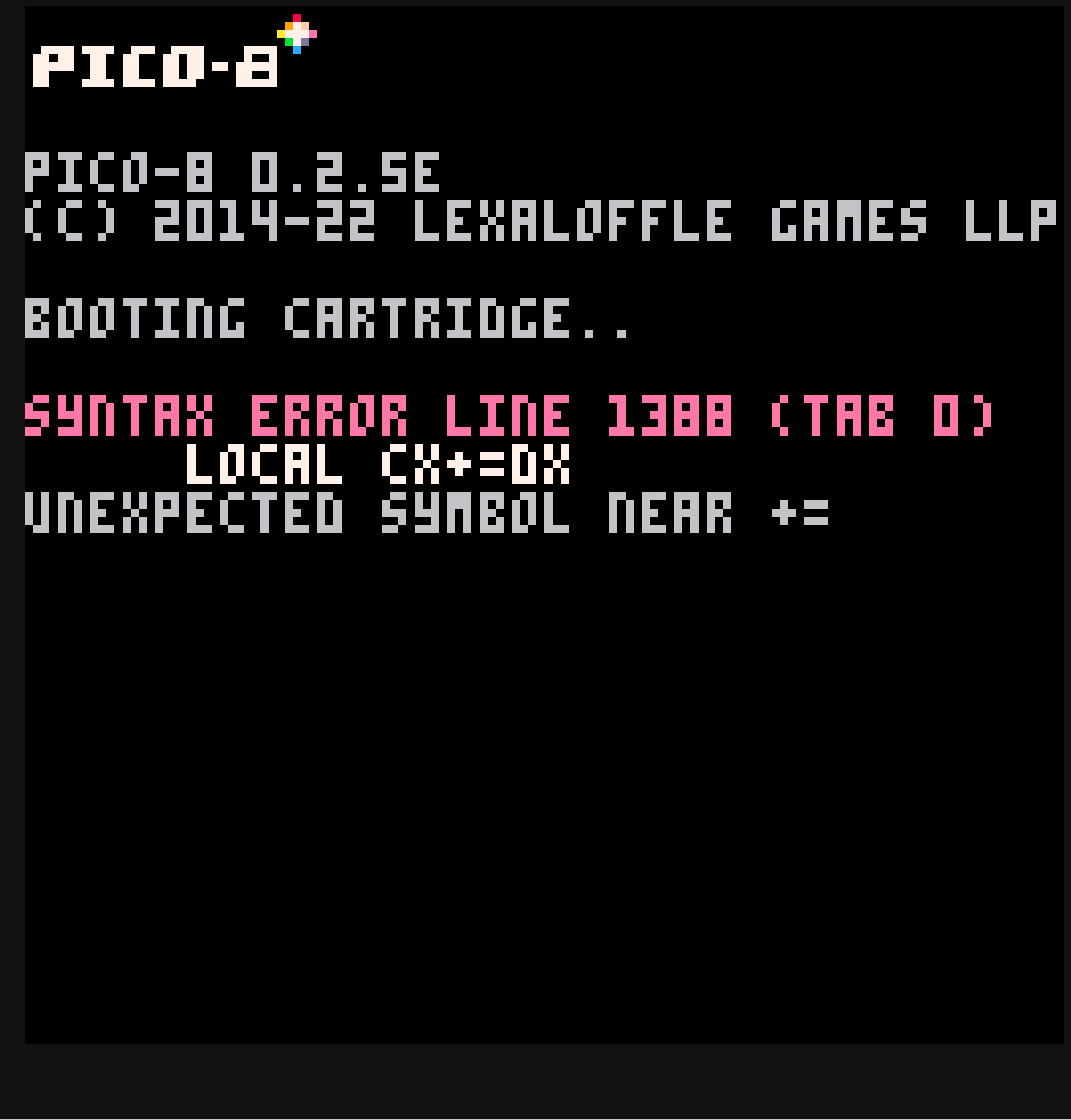 How do I fix this?

@Shadow_Blaster6 I removed "local" from the 3 errors and it seems to work, you can't run it here on bbs unless he fixes it though.