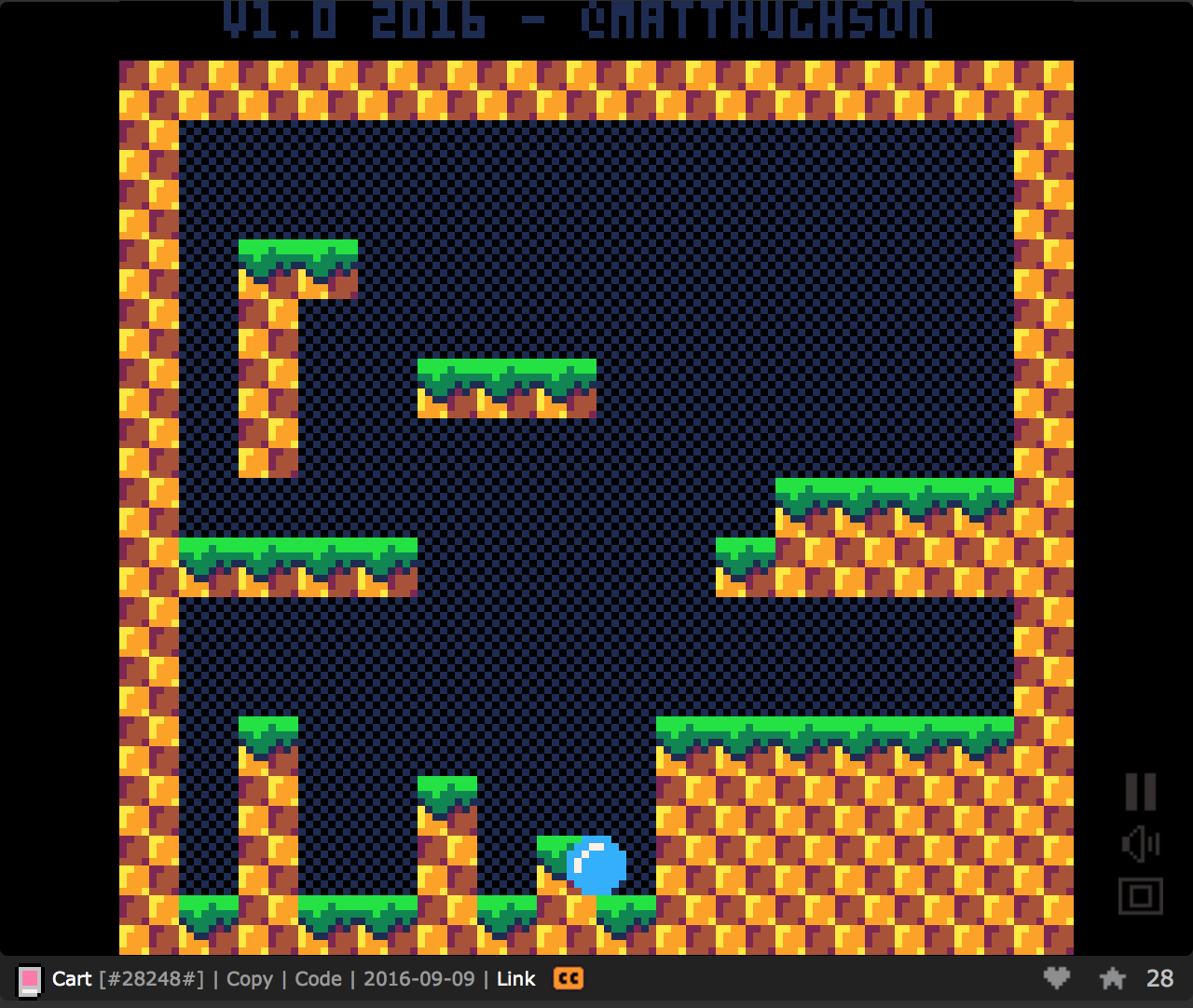 @mhughson: (belated) thank you for the explanation 😄

I kind of took a break from trying to do something with pico-8...
...but almost 3 years later, I used your code to build an interactive valentine's day card:
https://valentine.tiiny.site/

haha, thank you!
that particle effect took the most time to figure out - but I'm glad how it turned out ☺️
(I'm using random points on a unit circle as directional vectors for shifting the particle positions.)

Why don't you check both p1.x and p1.x+7 for up and down collision.

If there are any mods around, you may want to permanban sosgreatest above me. They're posting comments that slightly alter the wording of previous comments and linking small/hard to see punctuation after their comments to what are most assuredly malicious websites (I've been running them through VirusTotal, nothing flagged yet, but I wouldn't trust them regardless).

Outstanding suggest, @2bitchuck. The 'bots are getting too smart for me to catch. I saw that tiny pink line and wondered myself.