The Encirclement of the Damned
by Archbishopjeff

This is a shabby prototype of a combat system.
I suppose the main influences are Ocarina of Time and Golden Sun.
Maybe the over-the-shoulder perspective is heresy on a platform like this, I was thinking it's a bit like pokemon though.
I think the most interesting feature is the way your mobility is limited. your position is locked to north/south/east/west and you can move between a near/far plane, like this: 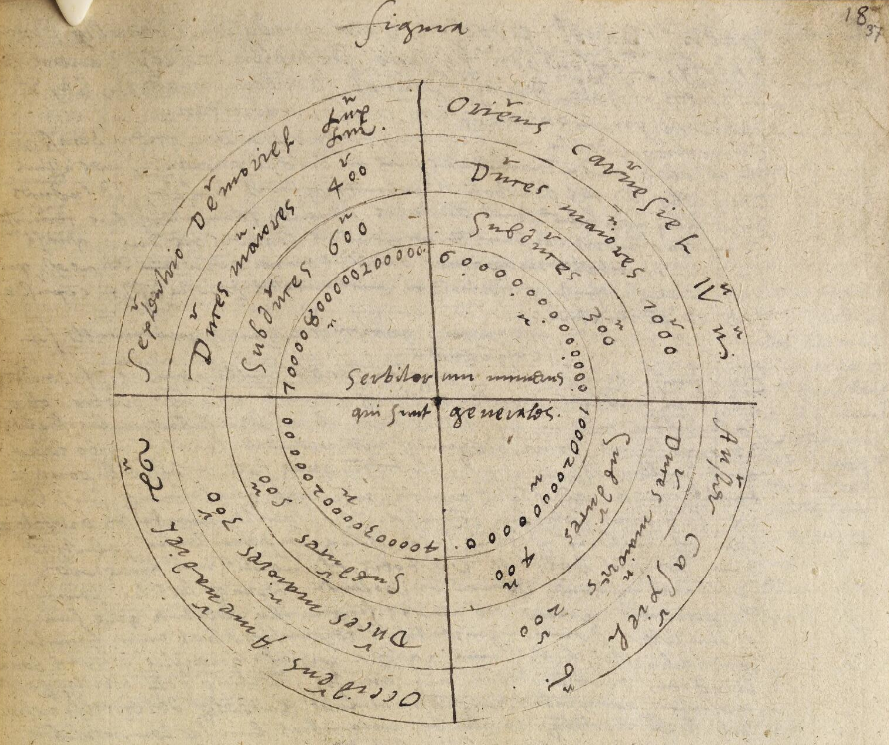 I didn't really explore this mechanic that much, but I think it could be really fun.

how to beat the guy:

I originally planned to make it a survival/adventure thing with player progression and backtracking and all sorts of cool stuff, but I ran out of tokens just on this! Including polygons and particle effects was definitely a mistake, I might remove all of that and carry on with it in the future.
The gameplay was supposed to revolve around the idea that each monster would need a special strategy to beat it, and you'd have to look it up in the instruction book.
There's a pretty hefty 'engine' behind it as well. I'm sort-of happy with it, but I'm still looking for ways to cut it down and looking for a better way to sequence things.

One of the coolest things I've seen so far on Pico-8, love it :)

this is amazing ^O^

Any chances to make a full game out of it, if you use multiple cartridges? You could at least move data creation into a serialized binary and maybe do some abstraction to the code, which is triggered from there? If you're in need, I have a toolkit called PicoBuild - it is mostly complete, but lacks some import functionality for sound at the moment. I use it for my RPG Tower of Rhavenna, which spans over at least three cartridges.

Yep. This is the best Pico-8 thing I've seen with my own two eyes. Incredible work.

@SunSailor I did think about multiple cartridges, I feel like if I crossed that line though the project would be never ending. That's one of the things I love about Pico-8, you learn about adapting to a limited scope.

Or you learn to overcome the limits, that's what I did with Tower of Rhavenna ;). And believe me, the token limit still hurst (8100 tokens at this moment), but it is a cool challange to bend the limit.

Nice, though I did run across this crash: 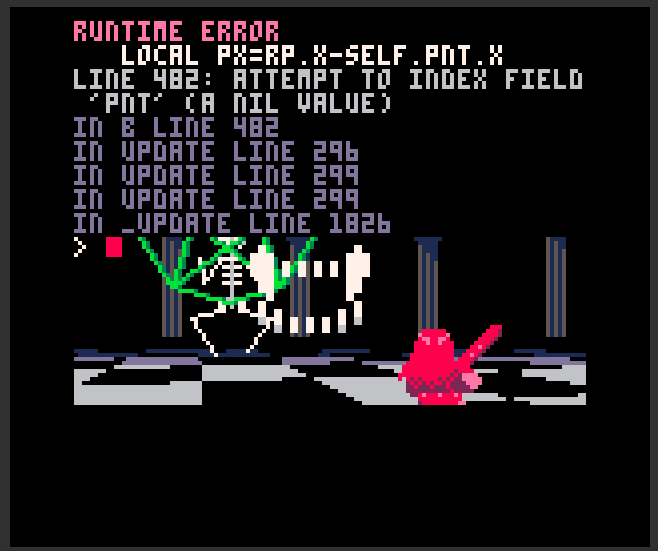 Got the same error as Siapren :)