I'm curious about picking up a Chromebook, but I really want to be able to develop PICO-8 stuff on it ... so I did some testing with CloudReady, which is basically a vanilla version of Chromium OS, with developer mode enabled by default.

Knowing that, I figured if it ran PICO-8, getting a Chromebook may be worth it. 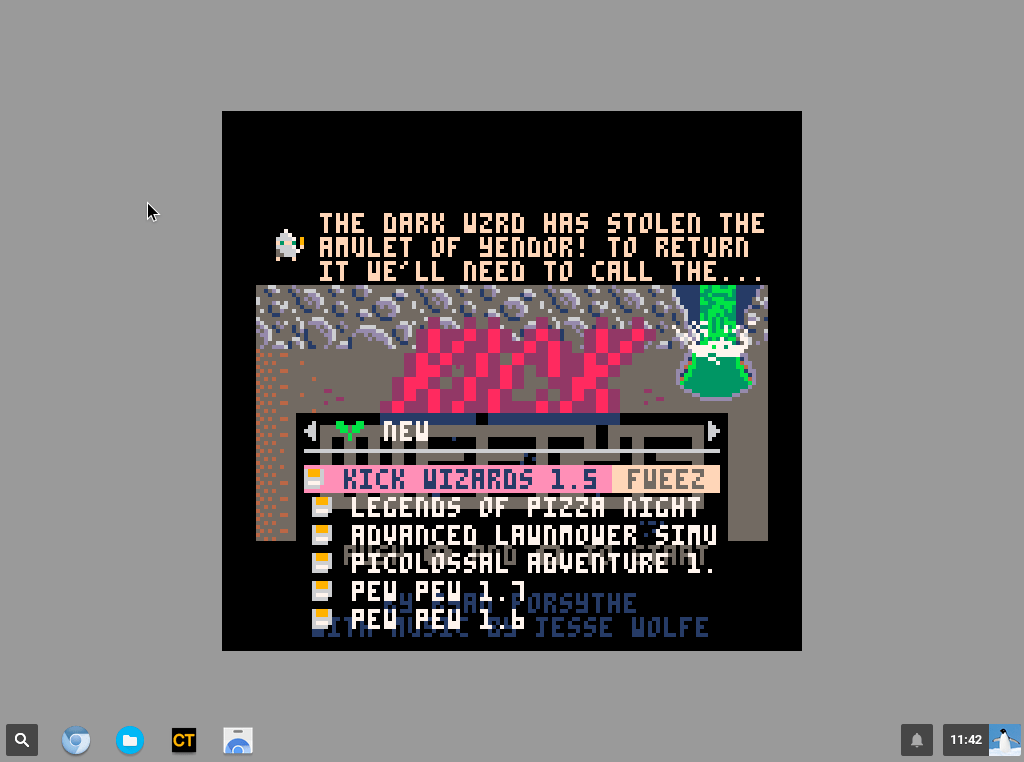 I downloaded the 64-bit version, made my home folder executable:

Then ran the standard executable pico8, not pico8_dyn.

The only issue is that the keyboard stops working for Chromium OS itself while PICO-8 is running and also after you close it with Ctrl + Q. Logging out and logging back in fixes that. Seems like we could be closer than we thought to having a Chromebook native verison!