here is a fun little project to make the pico jr portable system clone that can almoust fit in your pocket.

curent specs:
-arduino uno or uno compatible clone
-ssd1331 color oled display mine is only 0.95inch
-button and resistor i only needed 1 for my rainbowcurveJR game but can add more

since the display is 64x96 im using the extra space for text, could posible turn that int0 a terminal output at some point
this is more or less a proof of concept and probebly needs many improvments since the game im using to test is very simplistic also curent setup wont alow more then 1 game on the device 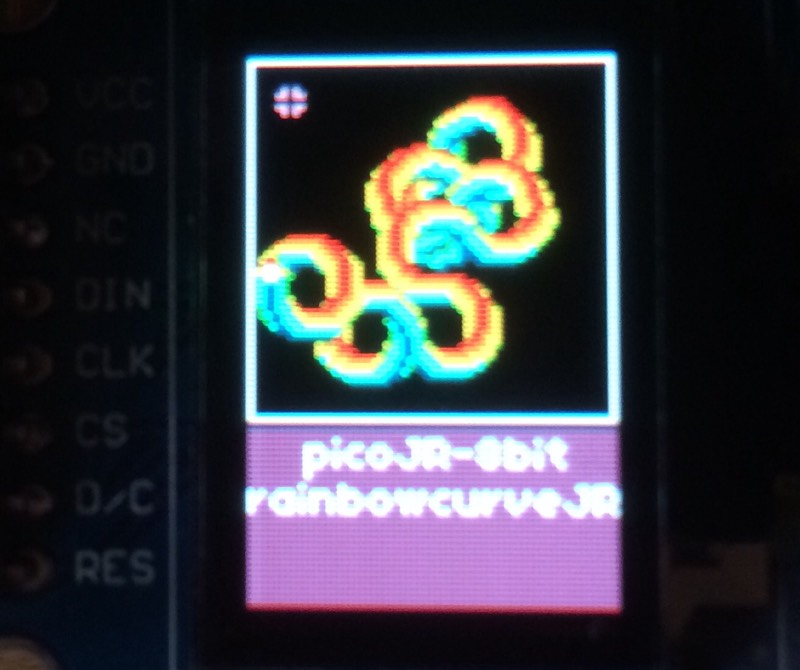 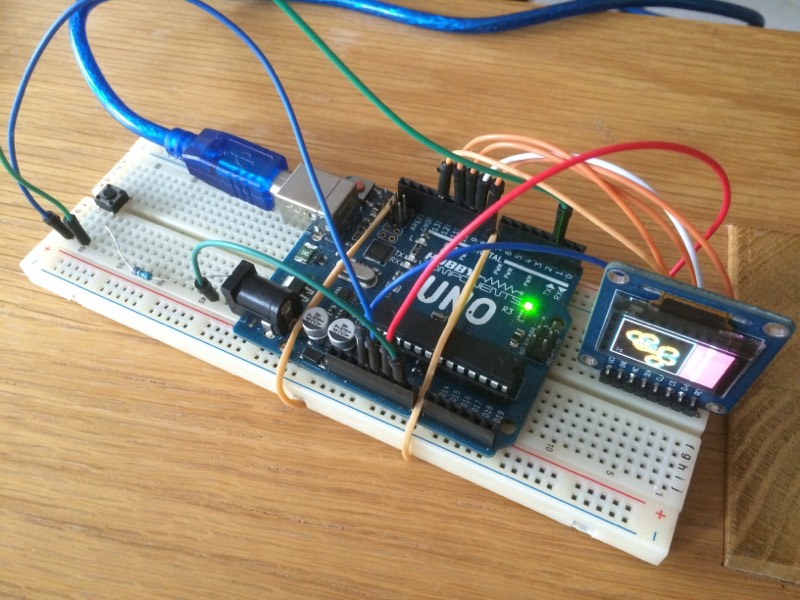 did you make a port of the pico api for the arduino?

still working on graphics optimization but the pallet and spr are kinda in there.
(still lacking buffer so games with constant refresh look kinda wierd)
its in c/c++ though instead of lua since its just not posible on these small chips

id like to continue this and an even a bigger model if there is any intrest for it?

Very cool, adekto. Shame it can't run the Lua, but it achieves the spirit.

I really like the idea of these homebrew portable systems such as the gambuino: http://gamebuino.com/.

I think the Pocket C.H.I.P. could be ideal because it has a small LCD screen. qwerty keyboard and is the same speed as Raspberry Pi. http://www.nextthing.co/pages/pocketchip

Part of the fun of a portable pico-8 would be to program while sitting on a cramped flight in coach.

pi or chip would work but its a bit beyond me since basicly have to do a custom linux distro, since a gui takes to long to init on those. this one i turn on and im playing it near instant

there is another way to run lua on a lower end chip wich is elua
http://wiki.eluaproject.net/Boards
but i dont have any of the suported boards and there all a bit harder to work with then an arduino ( i got a arduino due but they at the moment havent ported it)

wait did i say pi was beyond me?
wel maybe not entirely, i was playing around with it today figuring out how the buffer worked and i kinda got a decent result with some example code it still needs some work but its prety fast since it isnt using any 3rd party library's 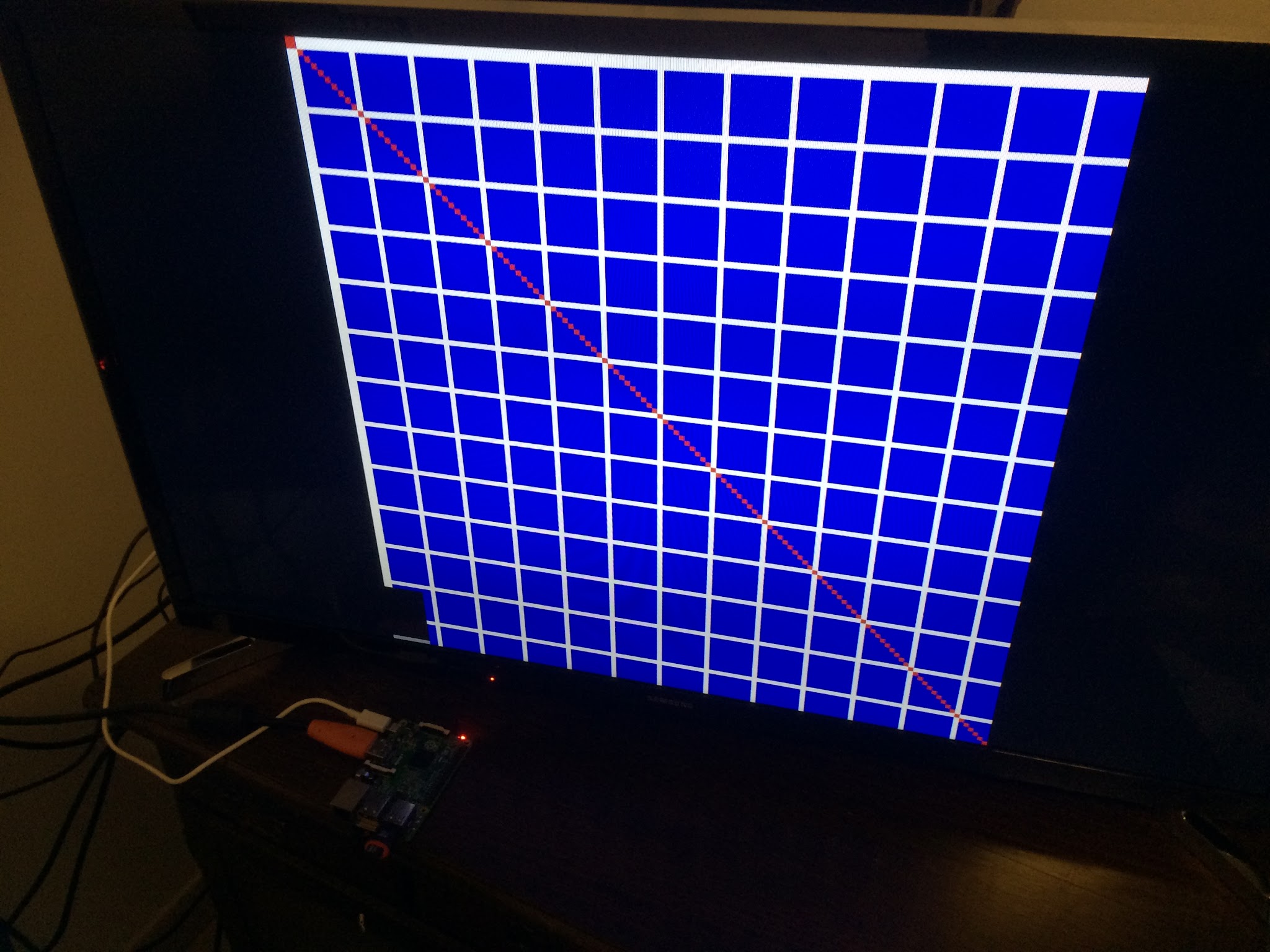