Can you make a check box in the editor for loop animation? I think this would be a great feature.
Something that would at least give you 2 - 3 frames and then time them and group them somehow.
Then specify the group with a check box that links the frames together as an animation. Is this even possible?

There are custom animation objects in the next update that can do this. Each animation object has any number of frames embedded in that object that can be looped / ping-ponged or played through once at a given speed.

They are not physical things though -- you can just walk straight through them. Do you need looping animations that you can bump into / walk on?

I can just work with what you have planned for the next update.
It would be great if you could add reflective voxels, glowing voxels, and slightly transparent voxels. If you added these it would add a whole new dimension to the game.

Reflective voxels are tricky because they require view-dependent changes, which means they can't work on real volumetric displays. It will only be possible to fake flat reflective surfaces that cover the bottom of the room just by mirroring the bottom 10 or so pixels and recolouring them like this: 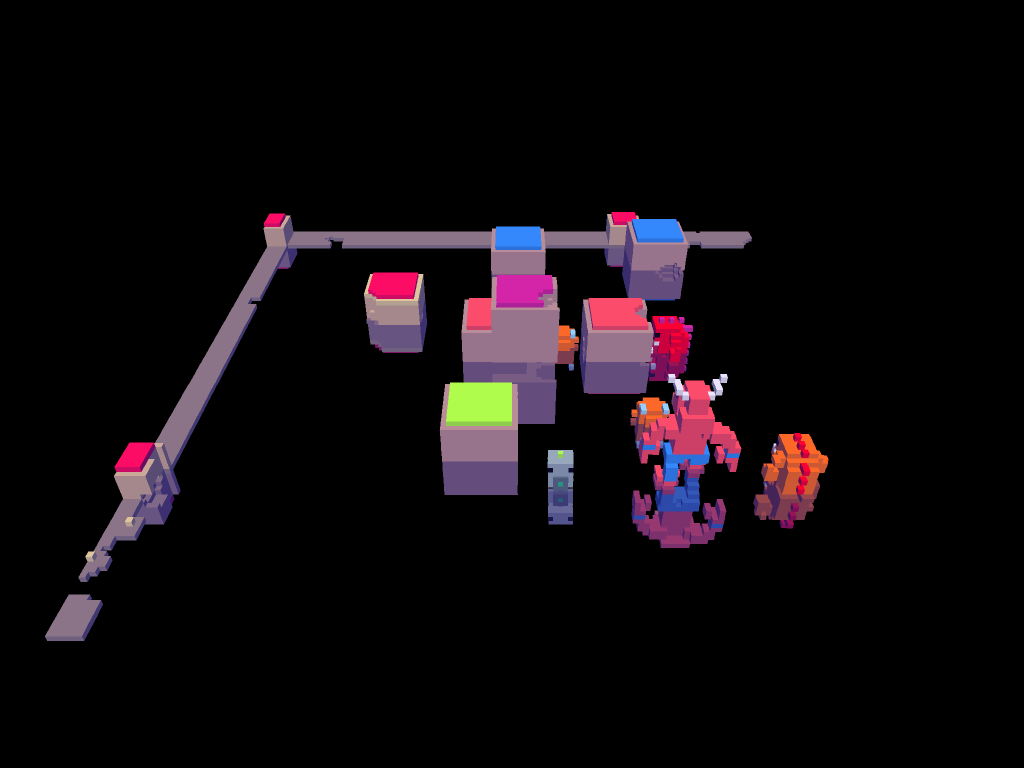 Glowing and partially transparent voxels are still on the wishlist but I'll tackle them after v0.4

Thanks for the tip. I will use this at some point.

You could also have the vertical surface of the voxel reflecting the first voxel that is on front of it (Maybe with a max distance and some alpha filter added with less transparency the further the reflected voxel is). It is not real reflection and be 2D, but doesn't depend on the viewer's position. I am sure also that some will find a way to use it for funny effect.

thats a great idea! magic mirrors! Walk through the wrong one and you become incredibly ugly! ha