HELLO and welcome back to another exciting week of Applecart.

When we first started, we wanted you programmers out there to give us your own rendition of Apple ]['s own Saucer Attack, an old 6502-assembly Apple ][ game that was originally read in the computer by audiocassette.

There were two entries total, and you can find those HERE: 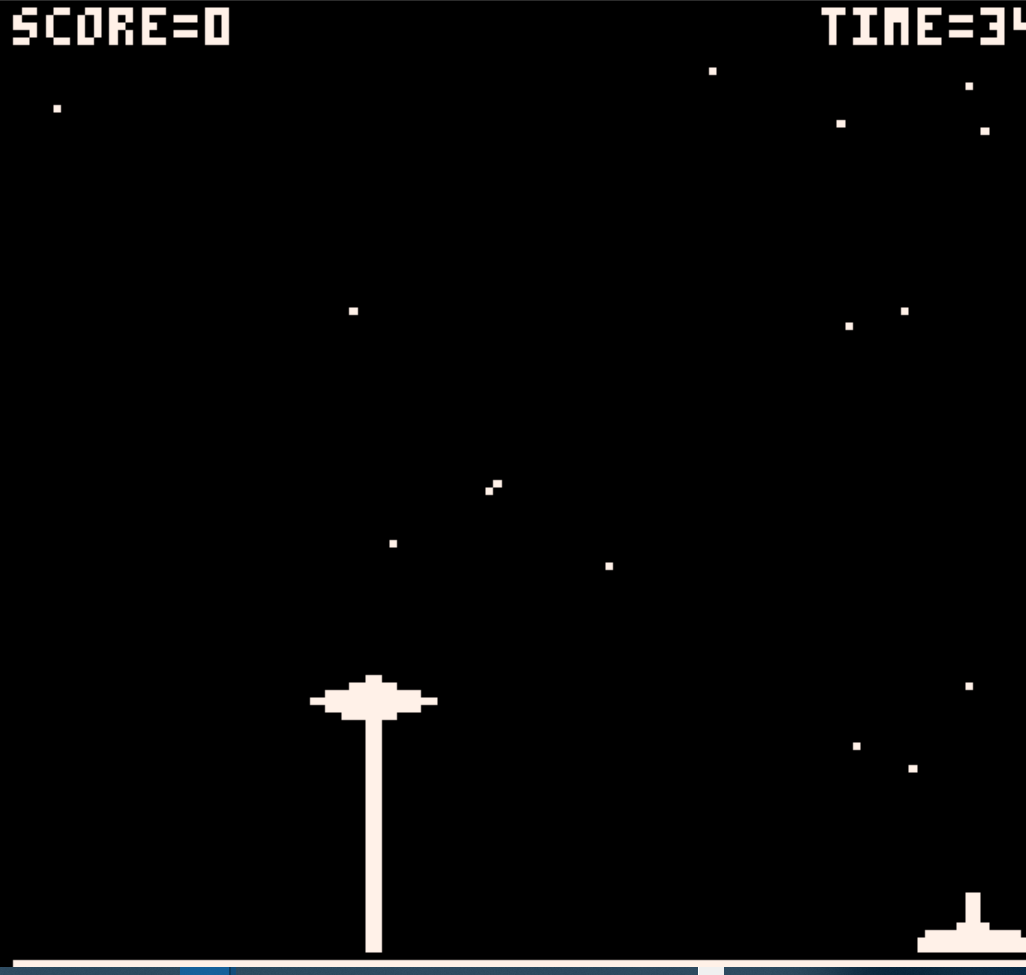 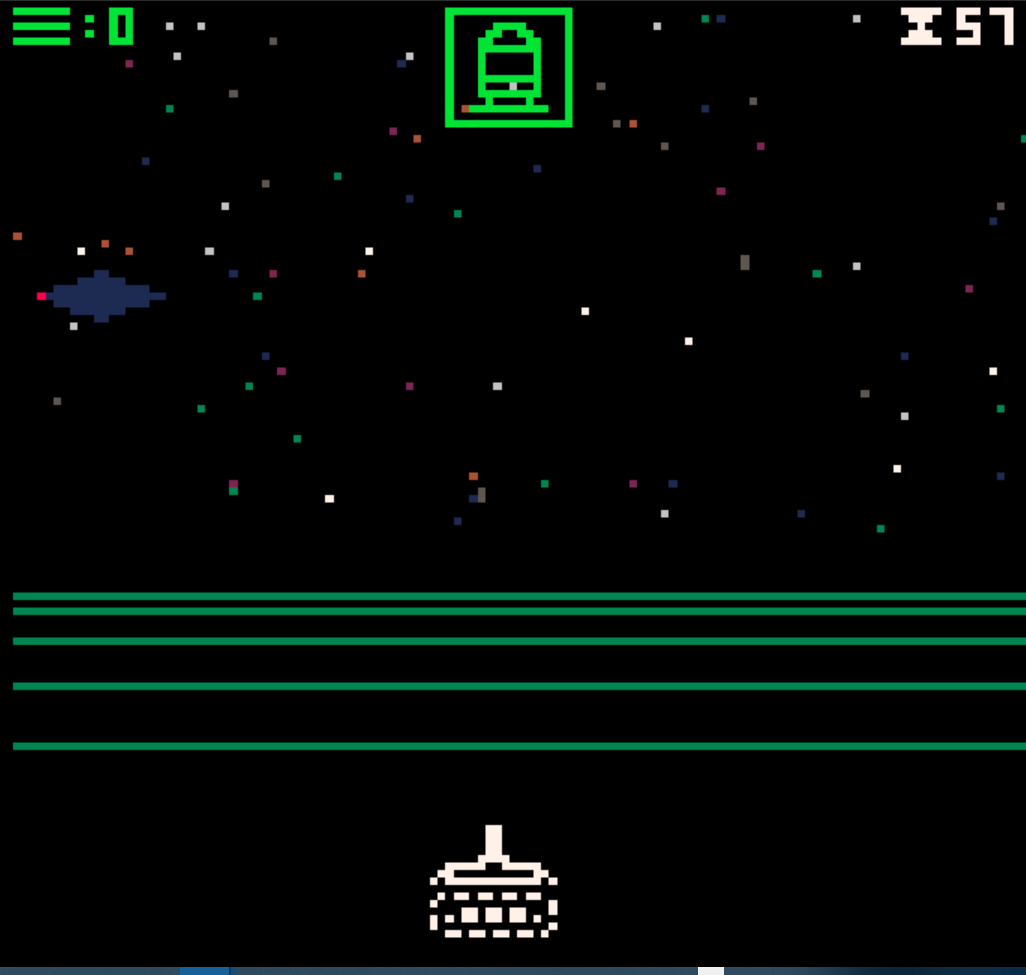 The week after that we had a new competition, to make a game called Saucer Invasion, slightly different from the above. In this case we had a bonus, a video to look at so we could indeed see the original game, its instructions, presentation, and operation.

So there were two entries on this one, and you can find those HERE:

Your challenge for THIS week is to make this game. BOMBER.

And this just might introduce you to particle effects to handle the explosion.

Now those of you who have been in Pico-8 for some years may recognize me writing this game many years ago. And that's fine, this next Sunday I will release a new version of this cart chock full of helpful remarks. But THIS SUNDAY until then you are encouraged to write your own version.

And it doesn't have to be exact. If you want to add some new items, perhaps new sound effects and graphic eye candy in much the same that nosnibor28 and chizel9000 did with their carts, you are more than welcome to.

Here are some things to consider.

Hope these ideas help, and see you then !