Why are you posting the same level over and over ? It's boring, and looks narcissistic. A level can be fun once or twice, but few people like to play the same level (okay, minor changes) over and over. Savegames don't transfer, we have to start anew.

Great stuff, I really love your levels (Pillars of doom is still one of my favorites), I liked the "intermission" idea.

To b0rsuk : pretty much everyone is posting their levels over and over since it seems like it's the only way to update a level right now.

Actually I think you can just edit your post and change the embedded image with the new version you have.

I don't mind so much that people post unfinished levels. What really gets me is levels with minor changers. It's a fix for a serious bug, it's fine. Just kidding, it's NOT - it means you failed at elementary quality control.

Is it so hard to post new versions every time you add a few new rooms as opposed to 1/4 of a room ? In some cases it's even less (Pillars of Doom).

edit:
I want to be excited when I play a new level. Not disappointed.

Wait.. I am confused, this update added 2 new rooms to the game.

Ohhhh.. did you see my failed attempts of uploading? I thought I deleted those... D: (We need to be able to delete uploaded levels when needed)

I wouldn't worry about the version issue. zep has said he'll be making changes so people don't have to post a new thread every time they update their level. I'm sure he'll manage a good way of doing it.

Yeah, this is really a problem with the limited BBS functionality. At the moment the BBS LIST menu is quite a varied bunch of levels, and is at the top of my list to fix this.

I put a notice on the submit page asking for WIPs to be posted as attached images instead. But personally, I really like seeing the updates to levels (even if minor) and I like the convenience of accessing them through the BBS LIST menu.

But the ultimate goal is to have a nice 'finished levels' list show up in the game. So, my planned solution is:

If someone thinks a level is finished but later updates it, they'll be able to remove the old level from the list altogether.

The reason it's not possible to replace a level file once its uploaded is that the savegames will get broken if they are rewired to content. Also in the future I want to allow for posting video playback in which case the level needs to be exactly the same for the playback data.

Great level by the way Jumbify, I'm looking forward to seeing updates (:
When I get better object sharing sorted out, I hope you'll be open to the idea of people contributing more characters to sit in the arena seats!

Forgot to say.. so in the short term, please feel free to keep submitting version change updates and I'll add a featured list to the front of the BBS LEVELS menu as a temporary solution.

ok, I just saw the talking guard. This level is rocking.

Thanks for the epic compliments :D
I should have a few more updates coming soon. :3

I just finished posting my updated level when I saw this thread, then I felt embarrassed! But, between versions I did add a lot of new content, and completely changes many things, so I guess that falls under the "okay to post" category. What I would love to see in the future is a featured stages section of the website, you could update it once a month with lets say the top 5 releases of that month, and then access the lot of them through a separate list in game. Don't know if that will ever happen, but it's a feature that I would appreciate immensely.

EDIT: ah.. and of course, warning that a level has not been saved before loading another one.

Good ideas, that would be really helpful for people. :)

Also, for everyone:
Preview of a small part of the next update: 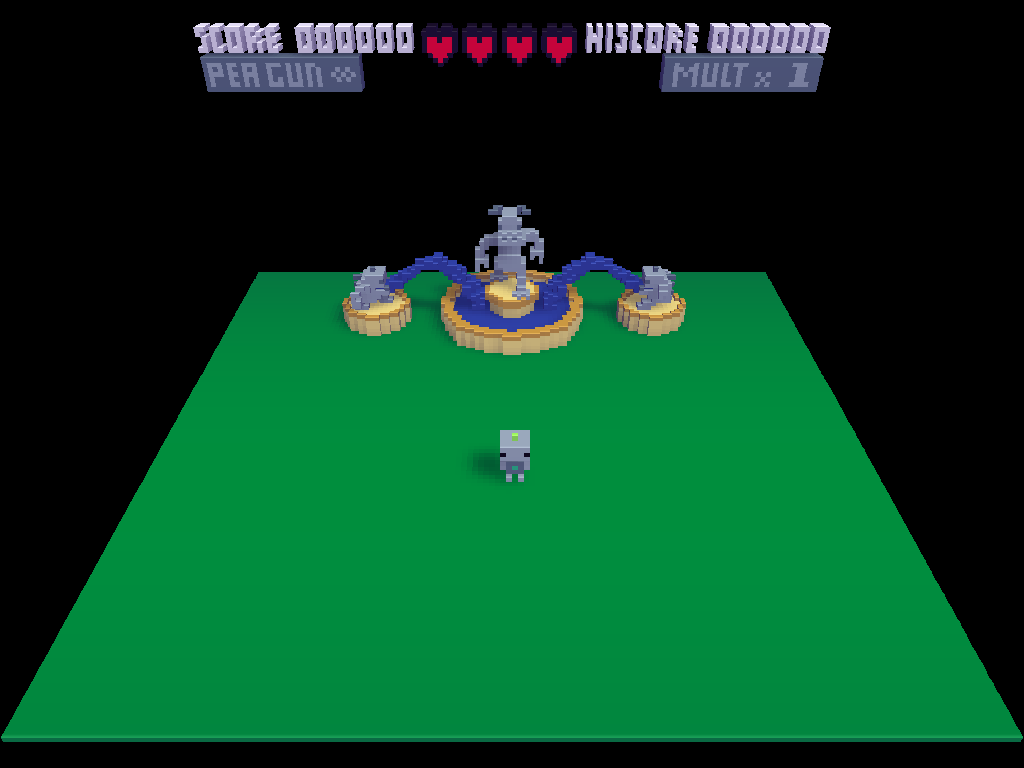