Please post any GFX back of games in progress you might be working on. I'm trying to break out of my shell, so here's a few pics: 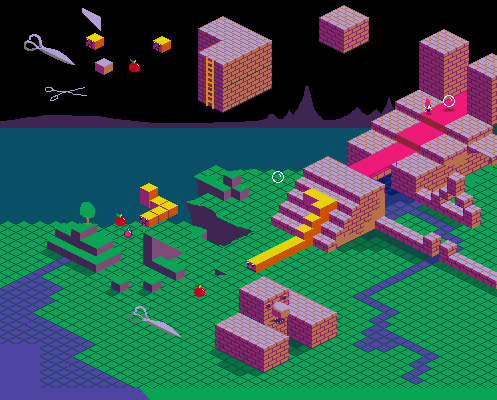 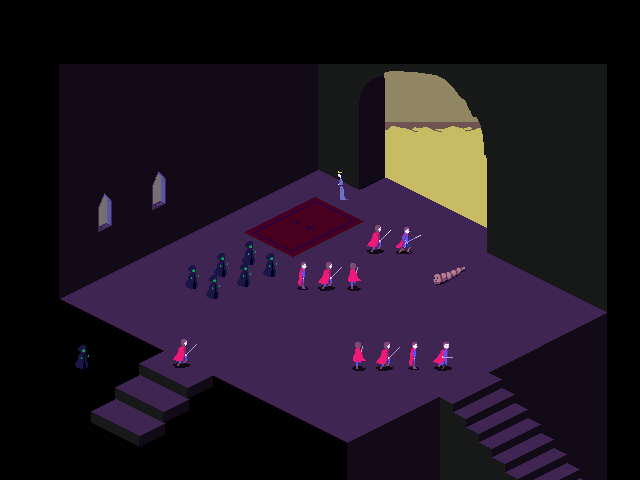 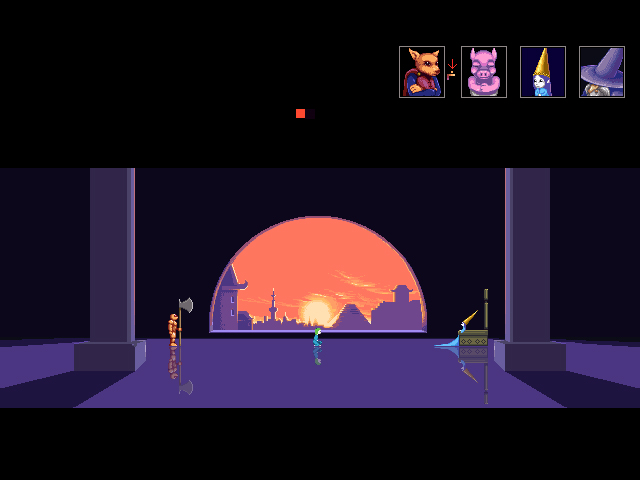 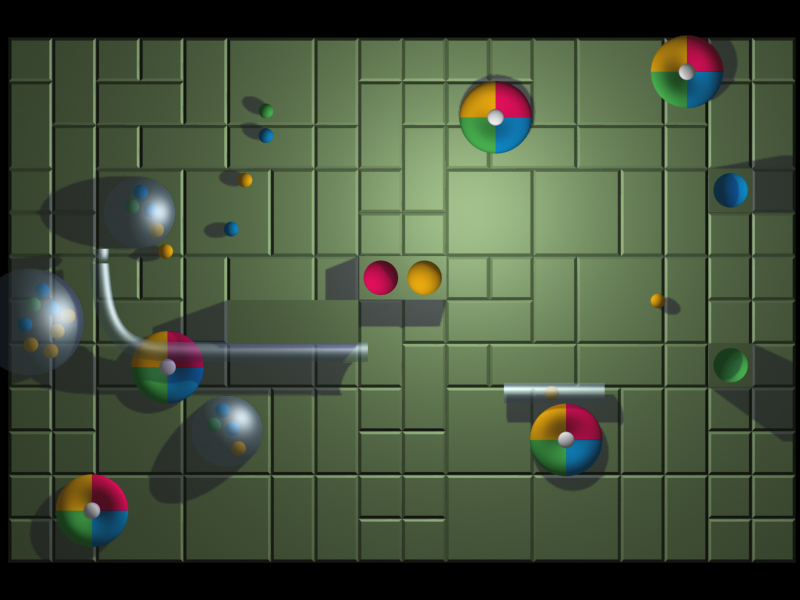 Great stuff!
I really like the TDMA graphics style - looks like it may have a deep story.
I'm also wondering how Velcro Mind plays. From the picture, I have absolutely no idea :)

Yikes, Quibble looks interesting. I didn't imagine it like that. From this mock-up it feels like it could also be quite an adventurey thing -- roaming around collecting fruit until you're long enough to stretch out across wide rivers and gaps to get to new places. (Or to reach up walls if you allow 6 directional movement)

Gray - here's Velcro Mind at the DOS games archive. Might have to use dosbox to get it running properly though.

Yeah, TDMA, or DMOA as I like to call it is quite epic, we're trying to simplify it somewhat.

You might have checked out Joseph's version of Velcro Mind by now, but what happens is, the coloured balls get stuck to your bat on the right colour, then you take them to a depot that gets rid of them. aahhm, yeah that's really the crux of it.

Velcro Mind is fun :) I especially like the sound effects and the way the blue balls try to evade you somewhat. The "game-over dude" appearing at the end seems kind of random though :)

Watch out for Space Rumble, coming soon from Jazz Software! :)

ha! Yeah, I love the game-over-dude guy, he is very peculiar. Kind of like an unwated surfy friend. He is definately staying in the new version. But in 3D!

Space Rumble was great fun, only released privately to beta testers (me).

Zep, you should post Space Rumble, go on! Perhaps it's lost forever.

Space Rumble (for DOS). Use the -C switch to play against a computer. Don't expect much!

Here's my one... a monster for Voxatron which is a robotron-style game entirely made out of voxels (little cubes). This is a raytraced render with nicer lighting than the actual game. 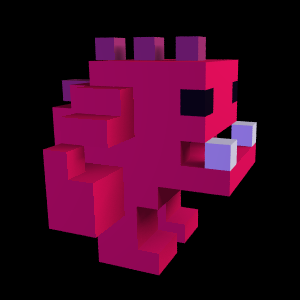 Lexaloffle, I'm really enjoying your voxel pictures that I've been seeing around the site.
It's taking the adorable charm of your pixelly art style into a whole new dimension!

I remember playing Velcro Mind in 2000, lots of fun. Does anyone remember Rush, the best button-masher of all time? You played multi-player with 2-3 people and just mashed the keyboard hoping to come in first :) .

yeah man, rush is something special.

it is amazing how slick space rumble looks after all these years.

Mark -- you did well to find those screenshots on archive.org! Perhaps an ancient games thread is in order.

gnaw -- a whole new dimension, arf arf. Yeah, I'm digging voxels. They're really a pleasure to work with.. it's like rediscovering the joys of low res pixel art all over again, but then being able to construct a really solid 3 dimensional world.

I haven't officially announced Voxatron yet, but here's a couple of screenshots until then. In short, it's an arena shooter which takes place in a virtual scrolling 128x128x64 voxel display. The world is completely malleable at the voxel level, so there is a lot of building and destroying walls (you can't really see it here). 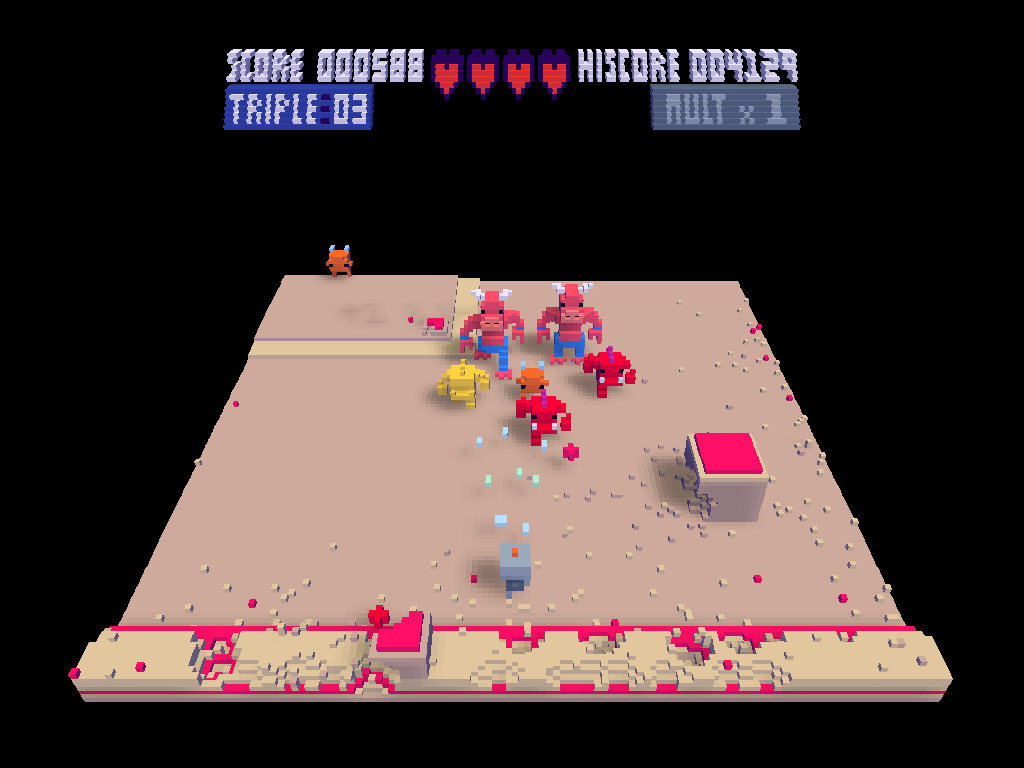 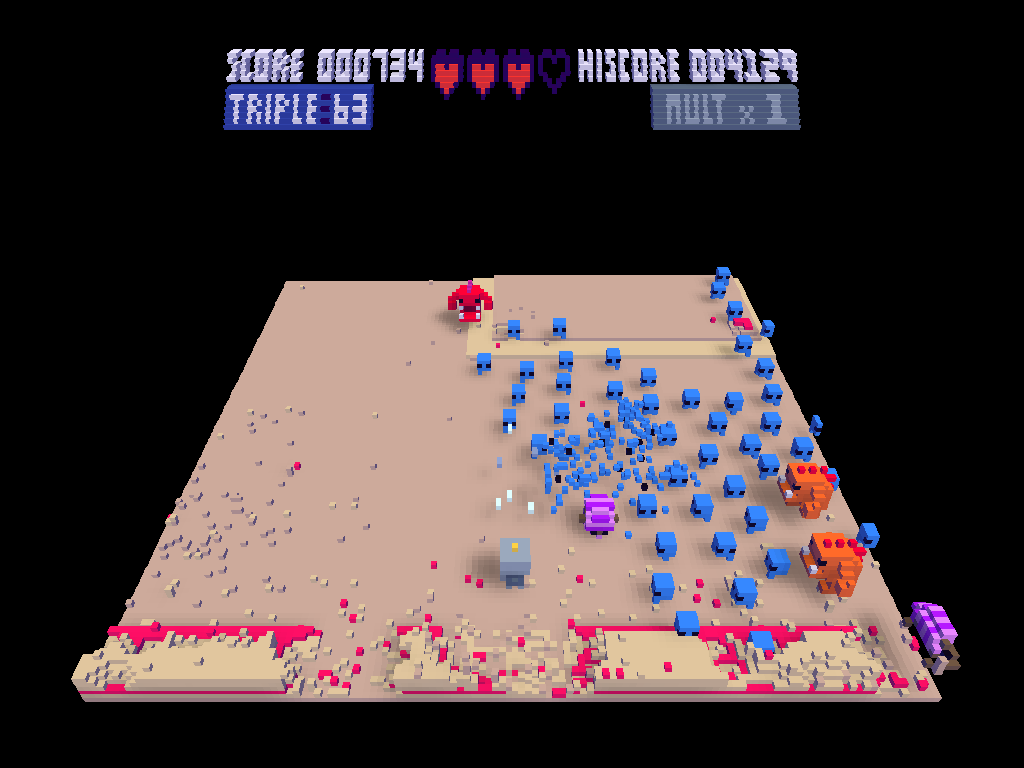 Beautiful! I love shmups of all sorts, and this looks spectacular!