I followed along with @rabidgremlin 's excellent tutorial to make a Tron clone. The tutorial was for a two-player version, so I thought it would be a cool challenge to make it into a single player-only game, hence the "Lonely" in the title.


One other addition is the ability to select the arena size before starting. Smaller arenas are generally harder, as the AI is tougher to outlast given the smaller area.

Instructions
You are the blue line.
The CPU is the orange line.
Move around the arena without bumping into anything, and outlast the CPU to win.

Really liked this - I keep meaning to do a Light Cycles game myself. However, on my second game, I somehow managed to share the line with the enemy wall without dying which threw me a bit. I've included a screenshot of the error below. 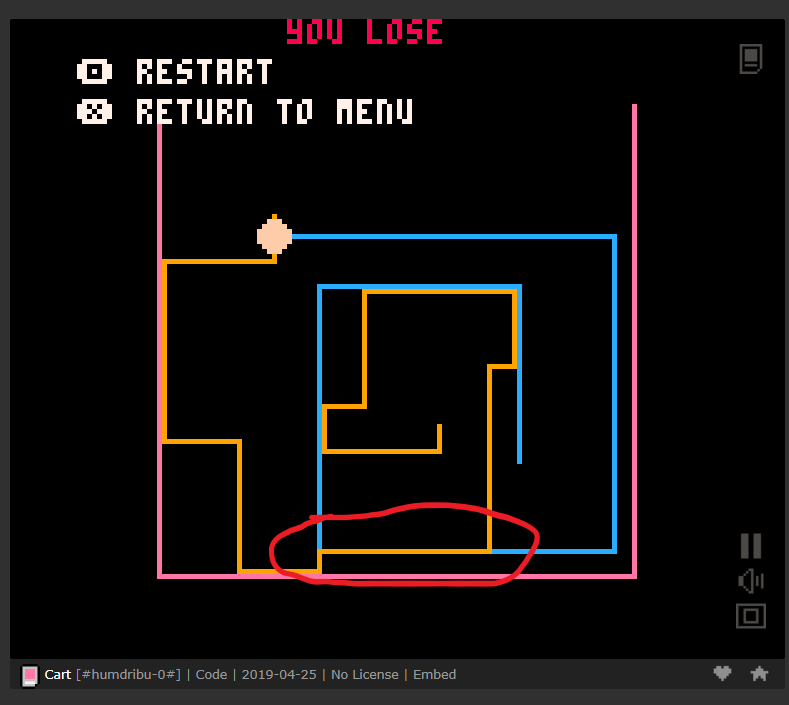 Hey, thanks for checking out the game and for the bug report! Yeah, something is funky with the collision. I'll see if I can sort it out and put up a patch.

Also noticed you've got a few titles to your credit, so I'll scope those out, too.