Made for Minimalistic Jam #3

Description: This sci-fi themed platformer is the sequel to Laser Blast!, a game jam game I developed for Proc Jam 2018. Play as the advanced robot Atom Girl and progress through a platforming level, defeating enemy forces along the way. Destroy the end boss to complete Atom Girl's mission and buy her time to repair herself so that she can escape the planet Garlock-7, where a hostile force has taken over.

Up key - Jump or perform a midair jump. If you hold jump after jumping, a second jump will be performed at about the apex of the first jump

'Z' key - Shoot a small energy ball. Holding the key down will charge Atom Girl's weapon. Release to shoot a level 2 or 3 shot, based on charge time. 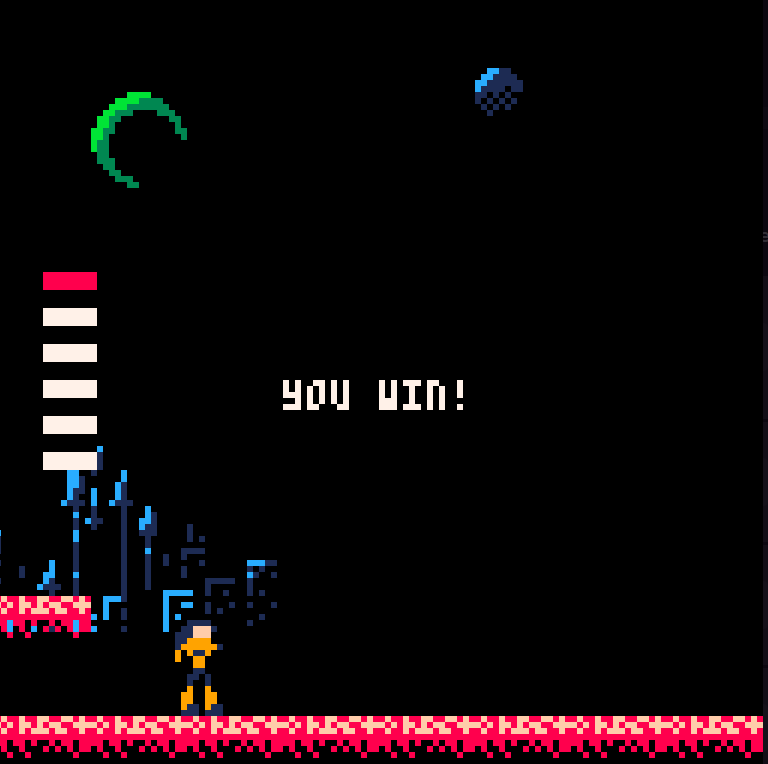 Won the game. Would've been neat to have some fragments fly off of the targets as they are shot (particle effects).

The background in your game looks somewhat familiar ...
And yes, I have a photographic memory, as long as its videogames ... :)

Heya, dw817! Sorry I took so long to get back to you. Thank you for playing my game! I appreciate the feedback. Particles would have made a good edition to the game :)

You're correct, I was looking at Batman for nes for inspiration at the time. Looking back, I probably should have tried to make the background look a little more original, but I just love how cool the graphics look in that game :D