as noticed by gradualgames, (here)
Celeste is not there in splore: 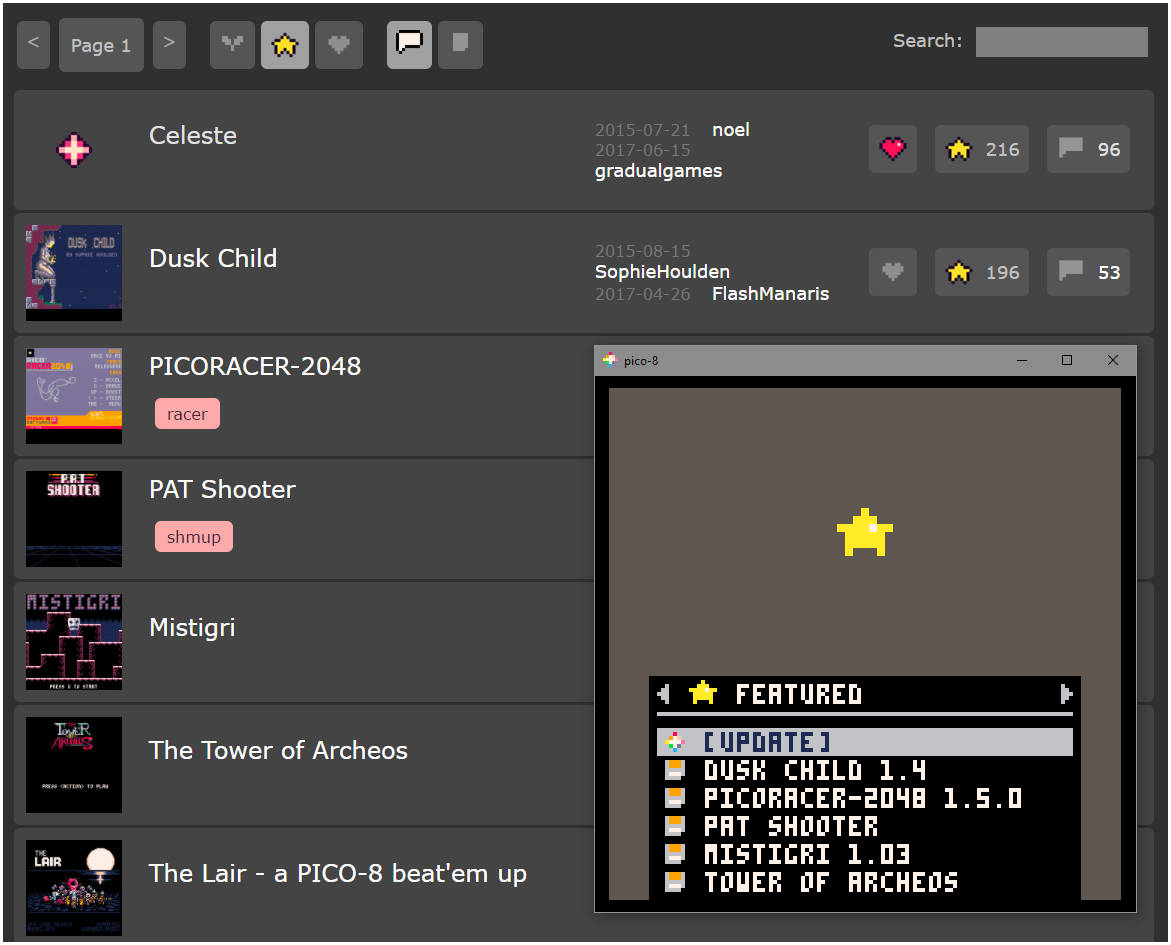 I'm surprised it took this long for someone to notice that Celeste is missing. I mean... it's Celeste.

I figured the featured list pulled straight from this forum; less work for Lexaloffle. Probably a bug, this is all still alpha anyway right? I didn't even realize that til the other day, haha!

I just realized its screenshot doesn't show on the thread! the cart must have slipped through a bbs loophole...

edit: hum. there's the hole: the original 217 stars cart was removed from the thread. the cart featured in the op is an update from krickit at 47 stars and actually shows up further down in splore.

Hmm it seems like maybe the system could be improved. Like, if a game is the top featured, and then Pico-8 gets updated and the game breaks and somebody makes a small fix, it doesn't seem fitting to have to reset the stars of that cart. I guess the problem is proving the new cart that was uploaded is a worthy successor of the original perhaps.

Maybe splore could pull from the forum thread and then find the highest rated cart within the thread or something.

I think an update is supposed to be from the original owner and posted in the original post of the original thread to keep the stars. which totally makes sense. If you're someone else you're essentially doing a remix.

imho it's well though out and works well enough. but every system has a loophole.

now that cart only needs stars from 150 people to be back to the top ;)