Welcome to Desert Plus, the sequel demake to the critically un-aclaimed Desert Bus! 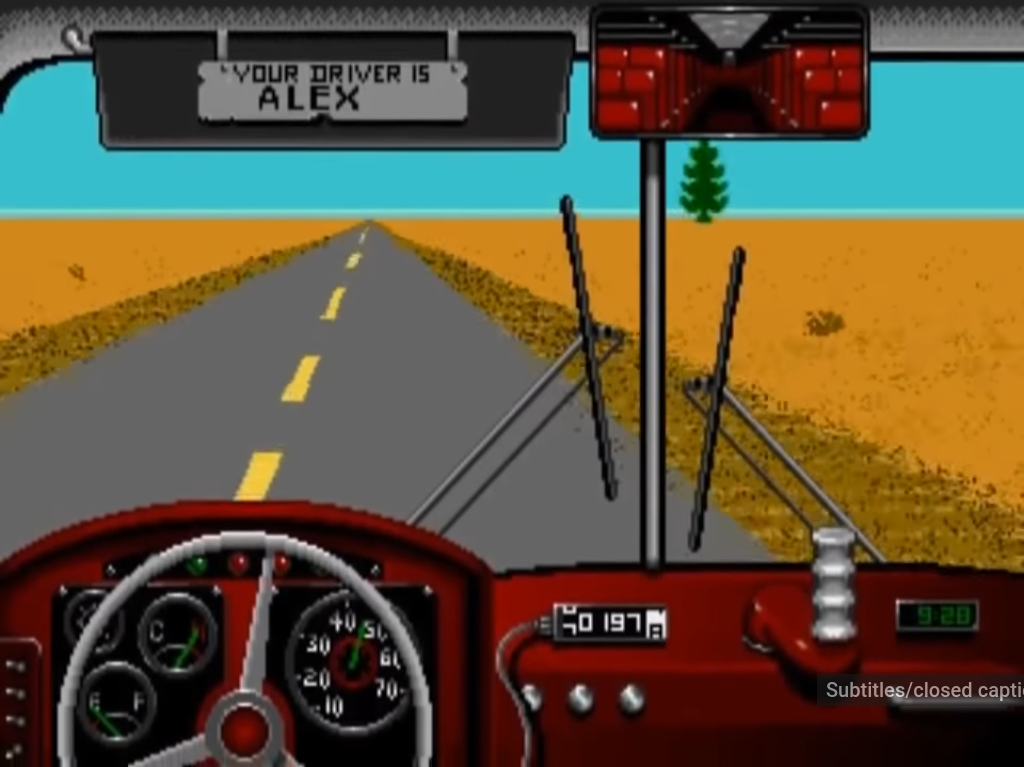 Desert Bus is one of the 6 planned games for the unreleased Sega Genesis game Penn & Teller's Smoke and mirrors. Most of Smoke and Mirrors's games were intended to trick one of the people playing it. Multiple games involved secretly cheating in a 2 player game, but this one is build to enrage the player through monotony. The objective?

360 miles. A maximum speed of 45 miles per hour. A slight pull to the right. Don't drive off the road, or you'll be towed back to the start, also in real time. Just 8 uninterrupted hours of you, and the road.

What makes this version Plus? 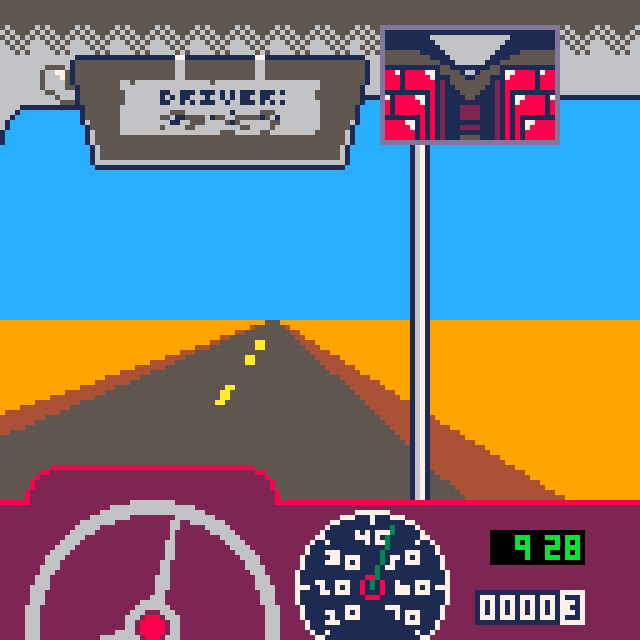 Desert Plus is my PICO-8 demake of Desert Bus, named "plus" not only for the obligatory "p" cameo, but because of all the new content!

Uhh.. yeah! There's tons of new content! Like um. The time is local to your timezone, and the palette changes with the time of day! Plus there's fewer things on the road! That's a feature. Not a bug. There is no bug either. Or is there?

Quick note about 1.0 - it's not perfect. The gameplay is what I'd envisioned, but there are still some things I could've added, or tokens I could have saved. I know for a literal fact that there's at least one unused variable still in the code. However, since there's not much to understand code-wise, and the cart isn't strapped for tokens, I've elected not to fix them.

how long does it take to get one point?

8hours in the description of holding up @Nbrother1607,
I still have a weird feeling about desert bus cause I would totally play and buy a video game where you just chill out with maybe some more ambience than just the desert road. The concept of a game you barely play and it's a journy in a crazy way at least to me is great.
I feel like shiny hunting or other game-grinds can scratch that itch.
But like desert bus is #@#@#@# cruel. thanks for the great port.

I'm not sure what got into my head but I made a TAS of this game: