story
Daruma is a asian traditional doll , and misterious monster too.
One Day,"Daruma-strom" coveres over the world. Bad darumas have fallen to each country.
Kilo decided to beat all bad darumas in own fist.

game
Crush all bad darumas in this stage.

Kilo must breach through 6 stages and defeat the Darumaster.
No damage attack is bonus combo,score is x2,...,x4.
"W" target will fall with a parachute. If Kilo takes this targes , then... 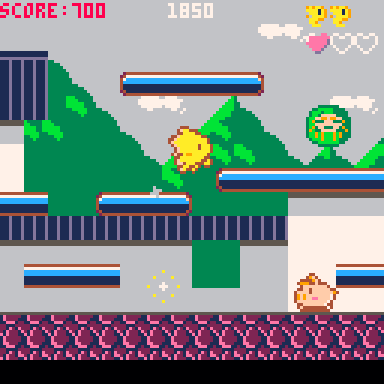 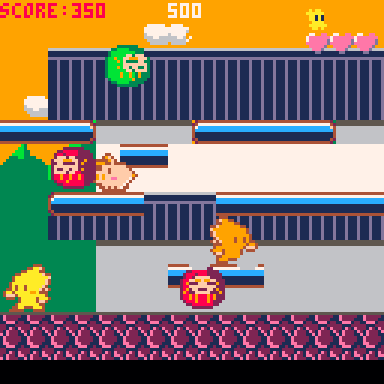 I really love your sprites!

I like the art a lot! It definitely reminds me of what Haggleman could have been like on the Gameboy Color. I really really like the bandage effect to show when daruma san has been damaged. And the overall gameplay is fun.

Everyone, thank a lot for the feedback !
This is my pleasure!

I love this game, one of my favorite on the Pico 8, but there are some problems that could be improved... Which I hope get fixed!
First one to star you!

Anyway, thank you for the star!

Very original and adorable! Plus your games run smoothly.