This was one of the first things I did in Pico-8, seeing other people do small graphical art pieces and wanting to do it myself, I started looking at other peoples tweetcarts (probably from @guerragames, since I mentioned him in my original tweets about this) and began playing with sin and cos myself. It had been a while since trig class. I was rusty on how they worked and after some time re-learning how to make a circle I made this.

One thing I learned while playing around was what printing could do if you didn't clear the screen. I found this out while trying to print out a debug statement! The line feed creates a really interesting effect if you're playing with motion, and purposefully using empty prints to achieve this is not something I've seen many other people play with.

Later on, I added simple controls and a button to clear the screen so I could make little art pieces with the cool patterns created by a spinning object like this, and created pieces some art: 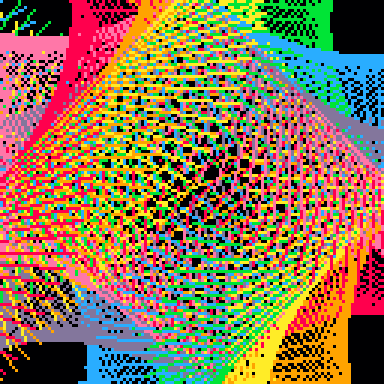 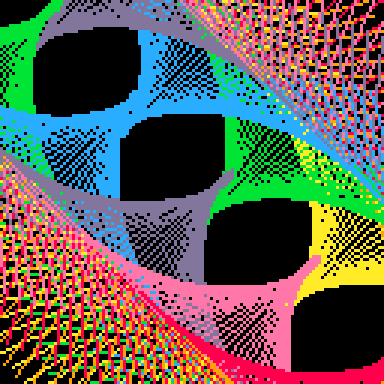 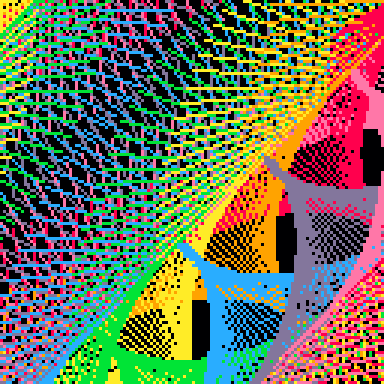 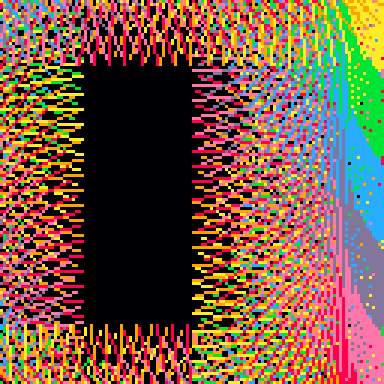 I just now added a button to reverse the direction of the wheel (just 'cuz) and I decided to (FINALLY) share this on here instead of just on twitter. I'm gonna keep on uploading stuff on here so I can keep a little blog of my own Pico-escapades.