Still chipping away at sound design and _update() sections of my other projects. Little by little, they're going somewhere, or so I'm telling myself.

But this season hit some high traffic at work, as expected, so in light of having any real concentration-allowing downtime, I started visuals on what I'm hoping may turn into a "fundamentalist Terraria" project I'm simply calling Terra. 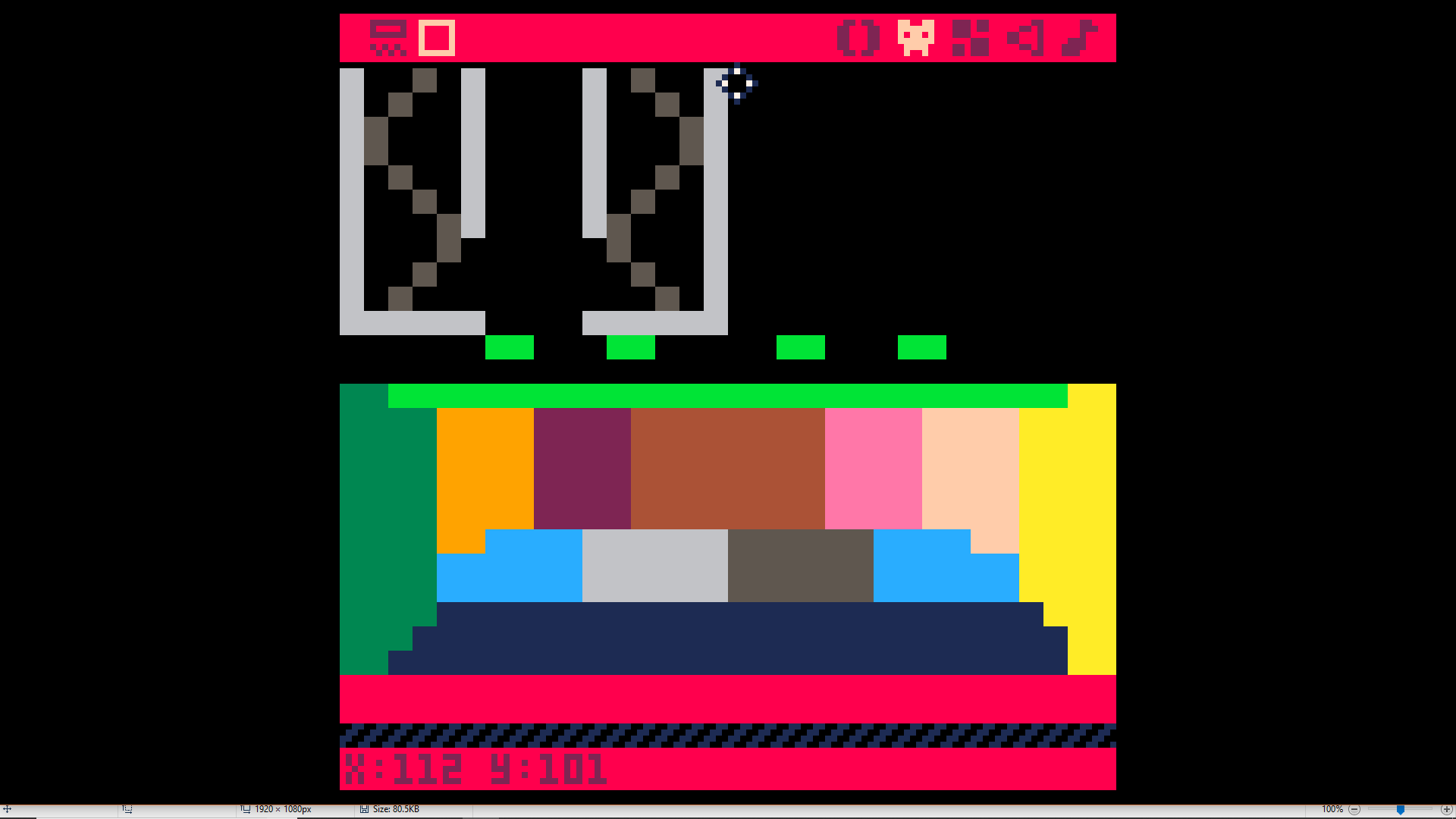 While some of these screens will be packed solid, or have little notches of ore carved out of them, a good chunk of screens will also be tunneled/mapped by applying variants of these other (lower end) tiles; often meant to mash in some treasure hunting and world structure. I'll probably also have to use some manual scripting to input minecart tracks and space for their use.

The top section is the player and basic objects/platforms in the game, and the middle section is enemies/creatures. I'll probably put some more "player head" variants in there for humanoid enemy types. I'm hoping to make four boss creatures, one for each corner of the map area (??); and maybe a 3-minute day/3-minute night cycle. Something you can mash through in a 15-30 minute sitting, but still full of surprises and exploration, you know? 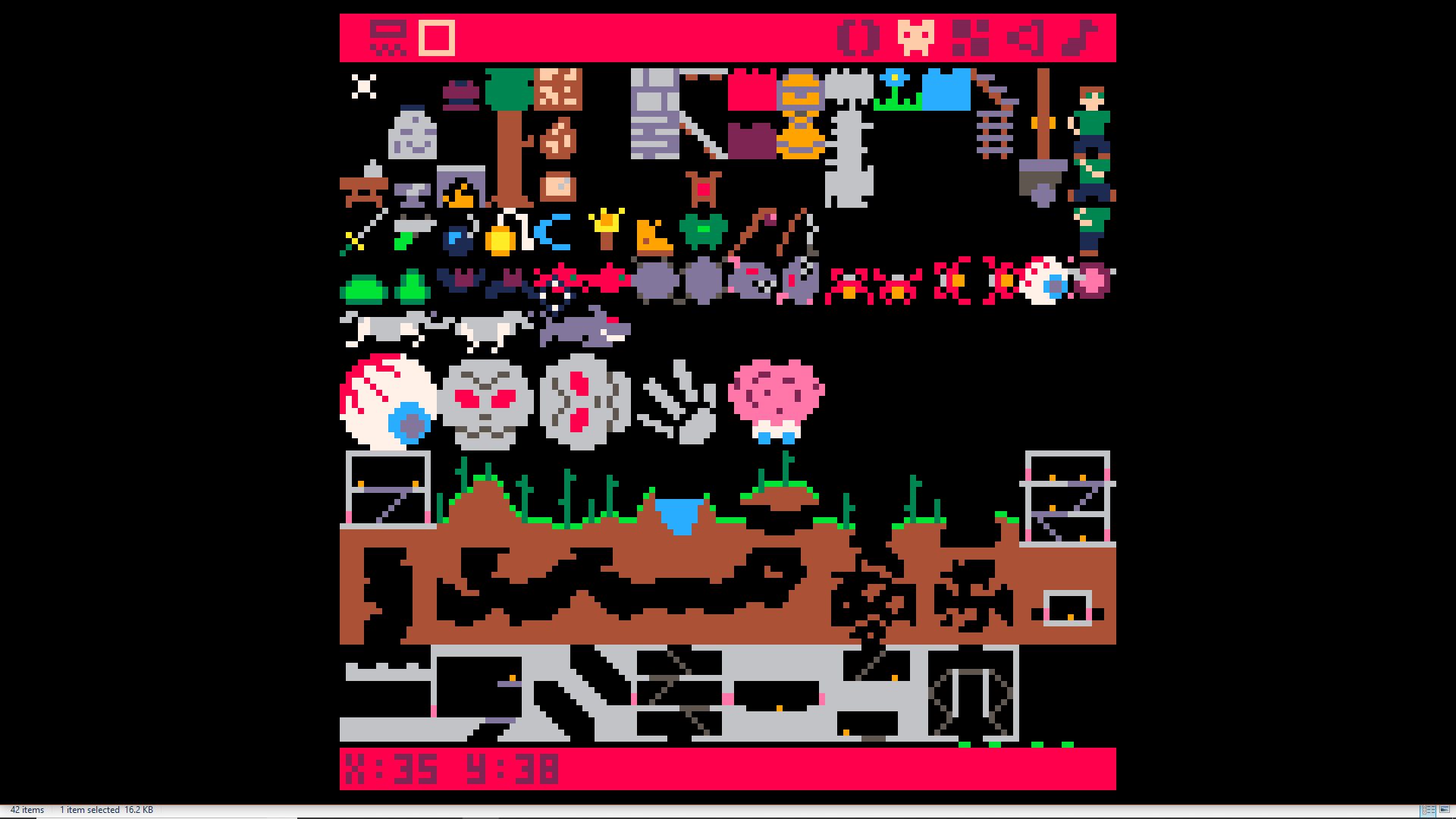 You notice the distinct lack of pickaxes? Well, that's no accident. The plan is to have the player do all of the "mining" via bombs, which of course, are consumable. You can pick up torches, but it merely acts as a light timer for the underground - collect more torches to increase the timer, that kind of thing.

Upgrading your sword or yoyo allows you to increase its range and damage (and the duration of the yoyo usage). Upgrading armor lowers the damage you take, and also upgrades your max HP. Boots effects all layer together to give you better mobility. Guns and staffs act as shooting weapons, guns consume coins as ammo and staffs consume mana; upgrading those gives you more damage per shot and more shot patterns.

A lot of things will simply be color-variants of one another though; and I'm still not sure how I'm going to handle players building stuff.

Could use some recommendations on things like GUI, mapdata management, and which creatures/items to stuff in the remaining tilespace; or if anyone else is working on something along the lines of this or it sounds like a thing you'd be into.

This looks neat, Map space will pose an issue if you use the default map. You may want look into DW817's mapper system.
https://lexaloffle.com/bbs/?tid=31980

What I'm thinking is that the "map" really just needs to be a string of hex data. One byte is the type of tile and the other is a variant. This cross references the biome table and that produces the result. Obviously we're not drawing the whole thing every step; just the vicinity of the player. Could make for a convenient mini map, too.

It's like using each pixel in the map data to represent a tile.