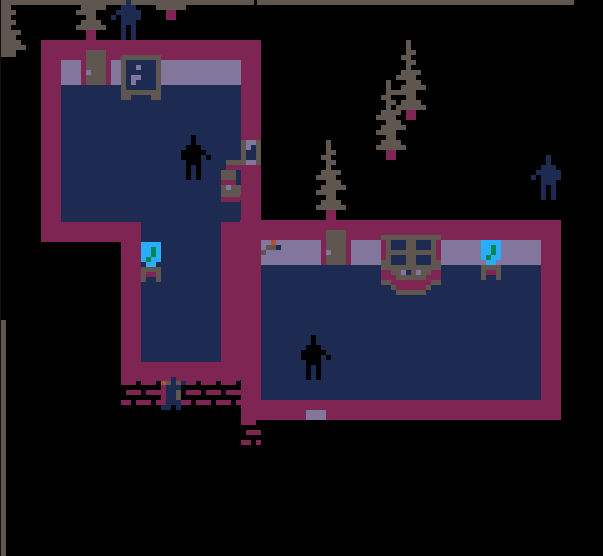 Could you include a spritesheet? I would like to play with the code a little bit. I tried doing it myself but it's proving quite difficult. Also, how did you make the sprite black with a transparent background?

Really my favorite game! Its really about speed, tactic and stealth just like in real robbery (i didnt robbed anything, just logik) on mobile its really not eazy, maybe some difficulty settings for level generation if you have left tickets?

@Linc Thanks for playing! If you have pico-8 you can export it yourself with the command "export spritesheet.png". The black is always the background, so cls(0) will still draw black even though it is set to be transparent in the sprites.

@JBotReality Oh! Nice highscore! And extra so with playing on mobile (I find it realllly hard to press the right thing when I'm trying to be quick.) I have exhausted my token optimisation knowledge on this game unfortunately, and I'm currently almost maxed out, only 8 tokens left.

Nice progress saving system, and very bad that tokens (i forgot how it called so in first comment i said tickets :P) limit is pushing you :( so, if you find out how to optimize that problem, good luck!